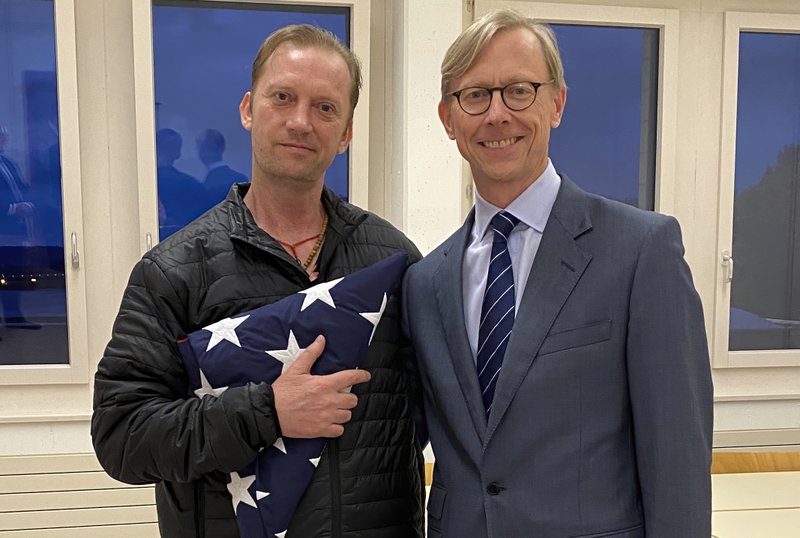 Detained US Navy Veteran Freed by Iran as Part of Deal

A U.S. Navy veteran whose family said his only crime was falling in love left Iran on Thursday after nearly two years of detention, winning his freedom as part of a deal that spared an American-Iranian physician any more time behind American bars.

Michael White flew from Tehran to Zurich, where he was met by diplomat Brian Hook, the U.S. special envoy for Iran. White’s mother said “the nightmare is over” now that her son was out of Iranian hands. In Atlanta, a federal judge approved a sentencing agreement for Florida dermatologist Matteo Taerri, who had been charged with violating U.S. sanctions on Iran as well as banking laws.

The developments capped months of quiet negotiations between countries that are at bitter odds over U.S. penalties imposed after President Donald Trump withdrew the U.S. from the 2015 nuclear deal and over the killing by American forces of a top Iranian general in Iraq at the beginning of this year.

White, of Imperial Beach, California, was detained by Iranian authorities in July 2018 while visiting a woman he had met online and fallen in love with. He was convicted of insulting Iran’s supreme leader and posting private information online, and was sentenced to a decade in prison.