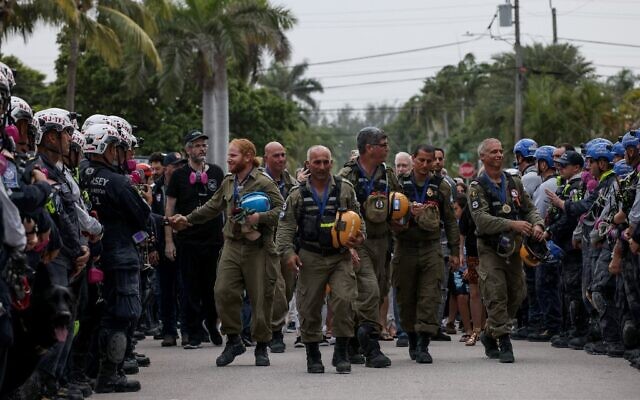 A ceremony was held Saturday to thank members of Israel’s National Rescue Unit for their help in trying to find survivors in the mountain of rubble left behind where a condo building collapsed in Surfside, Miami.

The Israeli team of seven from the IDF’s Home From Command flew out to the US and began working at the site three days after the building collapsed last month.

Levine Cava presented the team members with medals and thanked them for their help in the grim work.