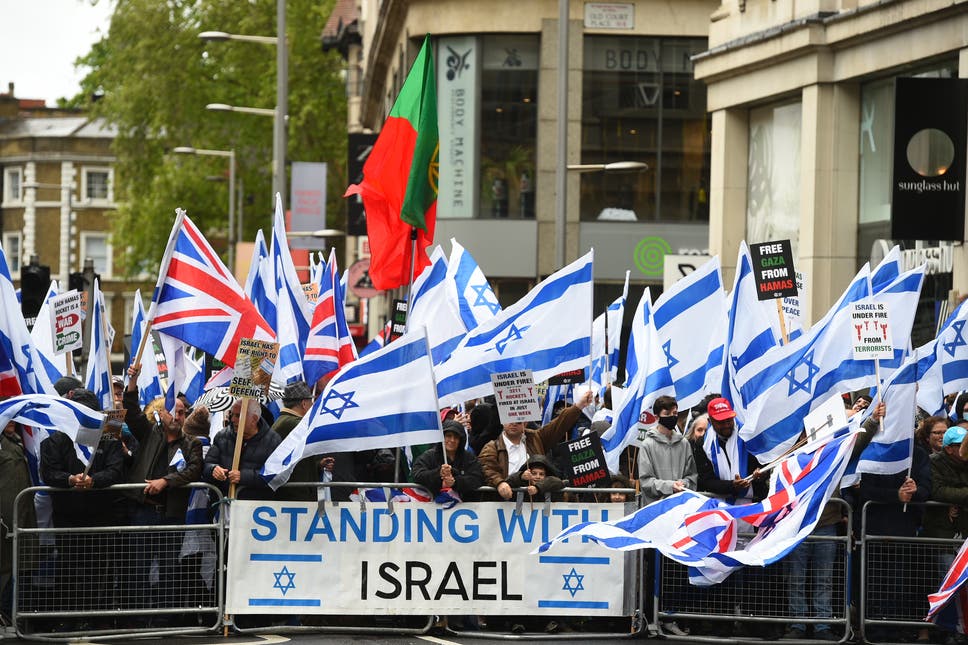 Demonstrators gather at pro-Israel rallies across the globe

Thousands of people took part in a pro-Israel rally in central London on Sunday close to the country’s embassy, a day after a huge pro-Palestinian demonstration in the UK capital.

Rallies in support of the Jewish state are scheduled today in the US cities of New York and Los Angeles, while another pro-Israel demonstration was held earlier Sunday in Melbourne, Australia as well as Auckland, New Zealand.

There was some discrepancy as to the number of people who attended the London demonstration; the Metropolitan Police put the number at approximately 1,500, while the UK Zionist Federation (ZF) had the count closer to 5,000. Whichever the exact number was, it was a far cry from the tens of thousands who turned out to support Israel during the height of the bus and cafe bombings of the second intifada in 2001.

Demonstrators railed against the media’s assumed slanted coverage in favor of Hamas – the terrorist organization that rules the Gaza Strip. In addition, they called for peace, with the overall sentiment being that Israel had been pushed into a corner and needed to protect its citizens from indiscriminate rocket barragesfired at its population centers.

Israel’s Ambassador to the United Kingdom Tzipi Hotovely tweeted that she was “moved to see the streets of London colored in Blue and White.

Despite the relatively low turnout, the organizers assessed that the rally transmitted a strong message. “Israel is looking at the UK and saying we have friends,” said ZF chairman Paul Charney.