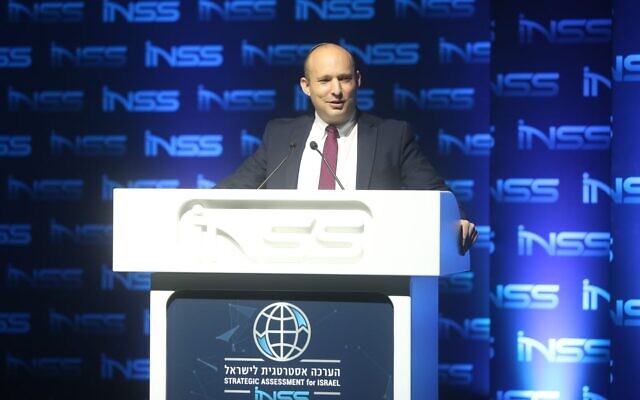 Defense Minister Naftali Bennett on Tuesday said Israel was beginning to see signs of Iran reconsidering its efforts to establish a permanent military presence in Syria.

“I can tell you that we are seeing the initial indications of Iran weakening and considering a new tack in Syria,” Bennett said, speaking at the New-Tech 2020 military technology conference in Tel Aviv.

Bennett indicated that this potential change in direction is due to Israel’s efforts to counter Iran’s strategy, though other defense officials and analysts have said it is likely the result of the death of the commander of the Islamic Revolutionary Guard Corps’ Quds Force, Qassem Soleimani, in an American airstrike last month. Soleimani, as the head of the expeditionary Quds Force, was largely responsible for developing and executing Iran’s policies in Syria.

“[The Iranians] are sending forces in order to establish a presence there to exhaust us, but we are turning this disadvantage into an advantage. We have intelligence and operational superiority, and we are telling the Iranians clearly: Get out of Syria. There’s nothing for you here,” the defense minister said.