The Spanish Standing With Israel event that occurred on Friday night, December 8, 2017 in Des Moines, Iowa was a great success! It was our first ever Spanish SWI event held in this city, and it was hosted at Palabra Viva Iowa led by Pastors Jose and Nashbly Artero. Approximately 120 people attended this historic event and they responded very well to the pro-Israel history and bible teaching shared by our National Hispanic Outreach Coordinator, Rev. Peter De Jesus. A special offering was received for our CUFI On Campus work and many of the attendees became CUFI members while others additionally joined our Daughters For Zion Prayer Network. One of the several highlights of the event was Pastor Artero’s commitment to raise a first fruits offering for CUFI at the beginning of 2018 and to additionally, thereafter, give a monthly offering from his congregation to CUFI. He even asked for another CUFI event to be scheduled for his congregation in September 2018. Therefore, this epic event was a great success! 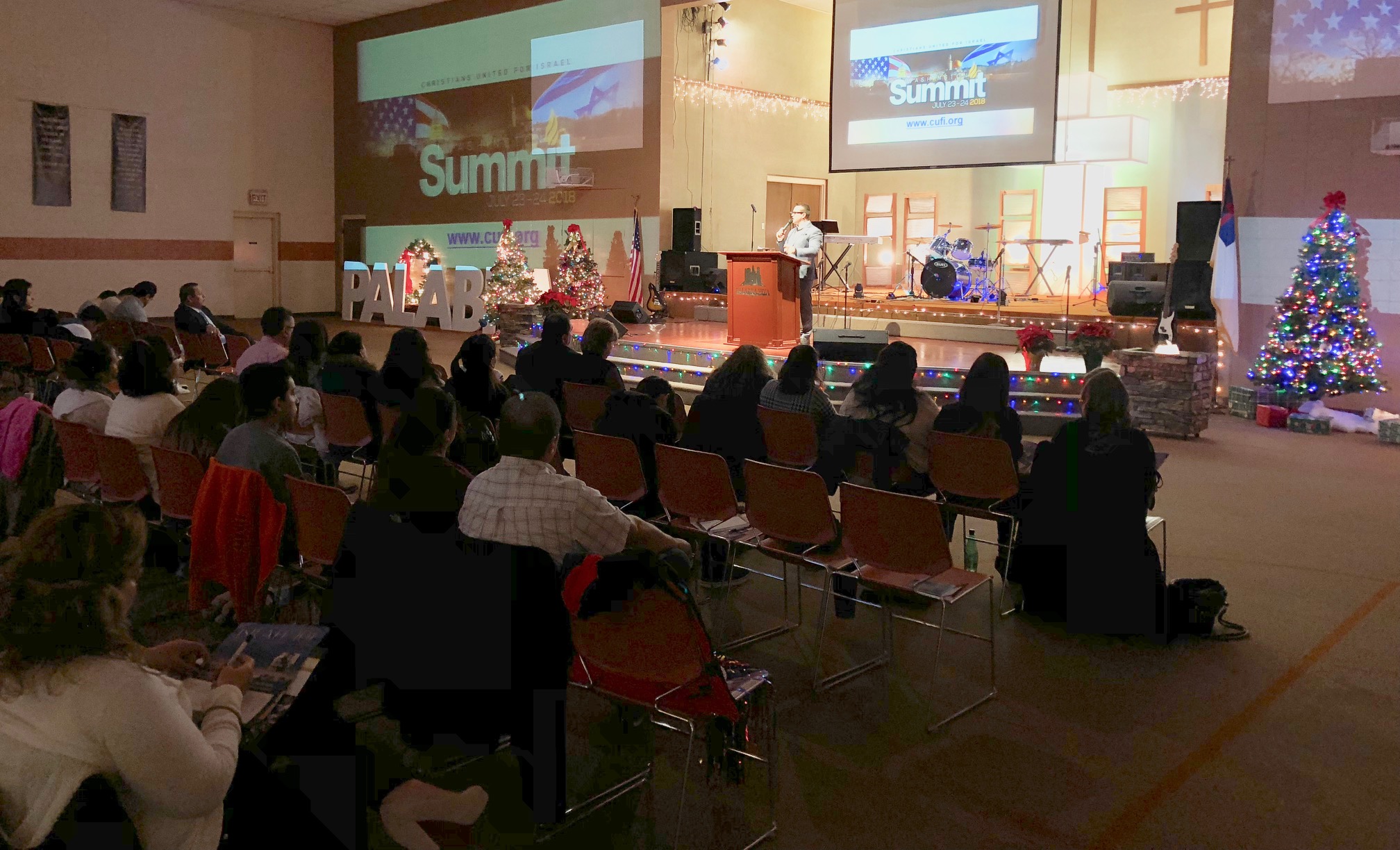