An extra special CUFI Hispanic Outreach event was held on Thursday, December 7, 2017. This event was so special since it was the first ever Spanish Standing With Israel event to take place in Perry, Iowa, which was attended by two congregations led by the same Pastor, Rev. Mabel Nieto of host church, Fuente de Vida Asamblea de Dios. Additionally, this epic event came one day after our U.S. President’s historic declaration of Jerusalem being the capital of Israel and preparations being made to move our U.S. Embassy from Tel Aviv to Jerusalem. Consequently, all of these amazingly unique aspects of this event contributed to a most memorable night in Perry, Iowa, which culminated with both congregations responding affirmatively to the pro-Israel message they received from our National Hispanic Outreach Coordinator, Rev. Peter De Jesus. The end result of this epic event during this historic week was the majority of all attendees becoming CUFI members, many of them giving offerings for the work of CUFI On Campus, and a core group of them joining the Daughters For Zion Prayer Network. It was a unforgettable night in favor of Israel and our Jewish spiritual brothers and sisters! 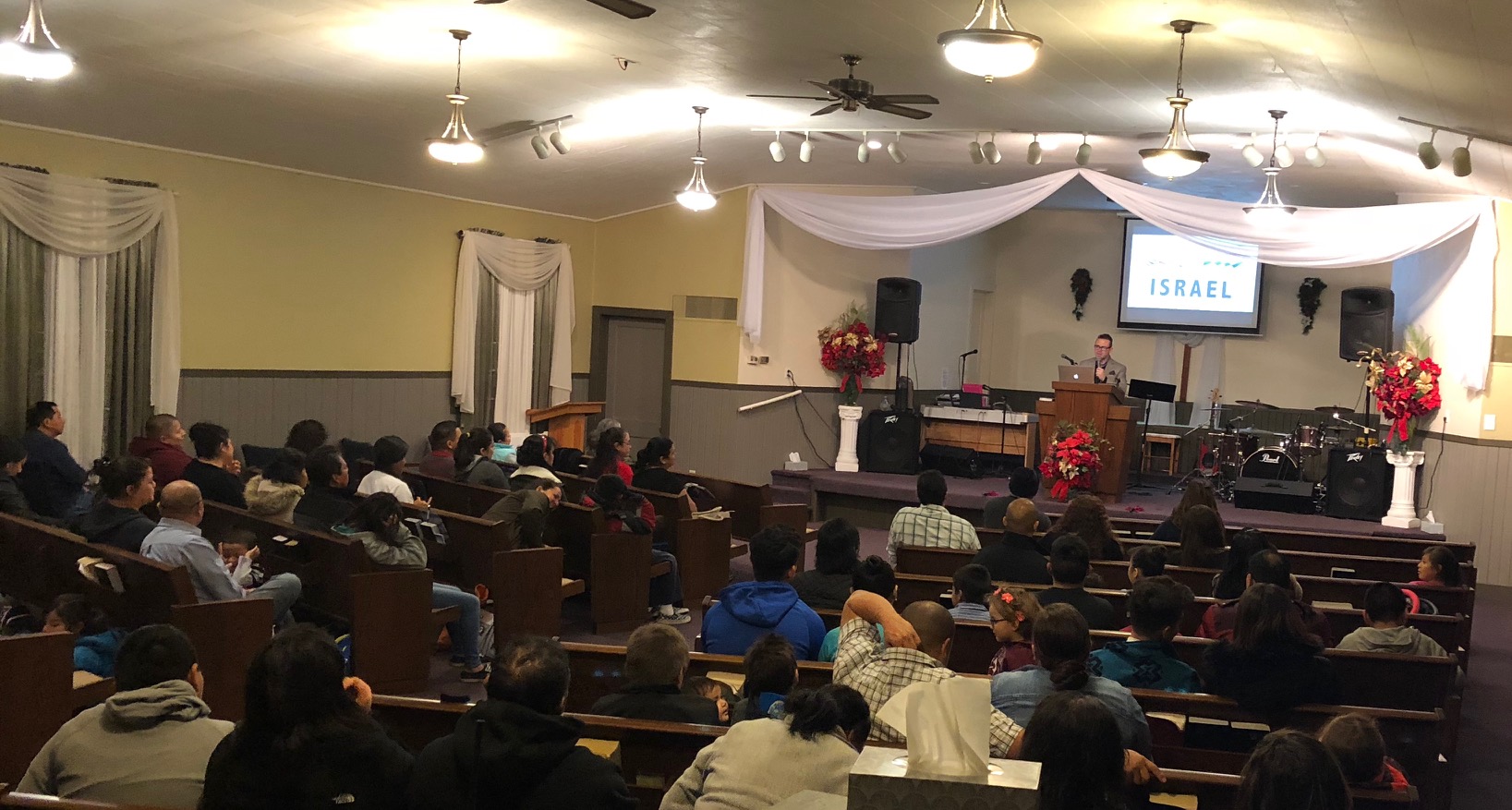