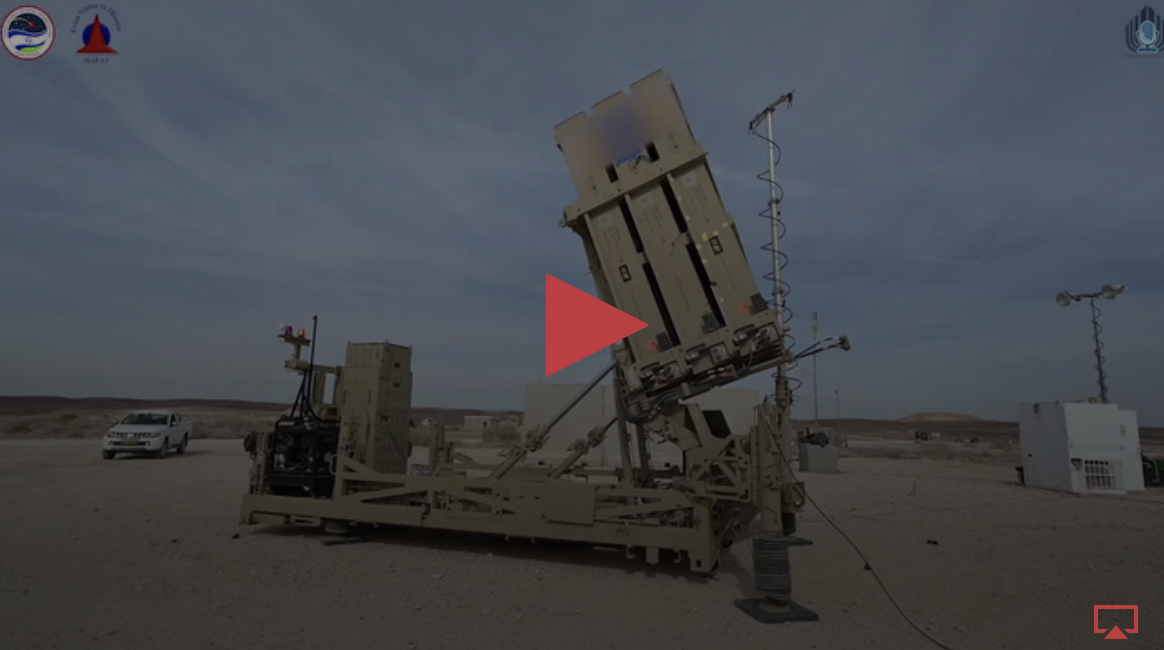 Marking a decade since the first tests of the Iron Dome missile system, the Defense Ministry on Sunday said it had conducted a fresh series of successful interception trials with an upgraded version of the air defense battery.

“We have completed a series of tests with a success rate of 100 percent. The system intercepted all threats, which were simulated in an area secured for the purpose of the experiment,” said Pini Yungman, a vice president of the Rafael defense contractor, one of the manufacturers of the Iron Dome, which performed the tests alongside the Defense Ministry.

An advanced version of the Iron Dome was used in the tests, which “simulated the future threats that the system may confront,” the ministry said. The upgraded model will be delivered to the military shortly, according to Moshe Patael, the head of the ministry’s Israel Missile Defense Organization.

“When we deliver it to the Israel Defense Forces, the air force will be equipped to confront evolving threats in the region,” he said.

The Iron Dome air defense system is made up of an advanced radar array, manufactured by a subsidiary of the Israel Aerospace Industries; interceptor missiles, produced by the Rafael defense contractor; and a command-and-control center made by the firm mPrest. The system represents the shortest-range system in the Israeli military’s multi-tiered air defense array.

The upgraded version of the Iron Dome was tested by the ministry’s Directorate of Defense Research and Development, known by the Hebrew acronym MAFAT.

Pushed into development by former defense minister Amir Peretz and funded, in part, by the US government under the Obama administration, the system completed its first real-world interception test on January 6, 2010, and was declared operational a year later.

Since then, it has performed over 2,400 successful interceptions, the Defense Ministry said. The system is estimated to have a success rate of over 85 percent.

“The successful test series that we have completed took place exactly ten years after the first interception test of the Iron Dome system. Throughout the last decade, we have conducted dozens of interceptions as part of a framework of tests and more than 2,000 operational interceptions,” Patael said.

In the past decade, the Iron Dome has been used extensively, especially along Israel’s border with the Gaza Strip, to counter the threat of rockets and, in recent years, mortar shells, as well as small drones. Though Israeli defense officials stress that the system is not unbeatable, its use in the past decade has been credited with saving many Israeli lives.

Last week, the Defense Ministry announced it was working to develop a laser beam capable of shooting down incoming rockets and small drones, which would complement the Iron Dome and its interceptor missiles.

According to the ministry, the development of this laser system was possible due to a recent unspecified “technological breakthrough,” following years of investment in research efforts by defense contractors and academic scientists.

The ministry said it planned to test the system throughout the coming year.

The futuristic defense system is only in the early development stages and won’t be operational in the near future, the ministry said.