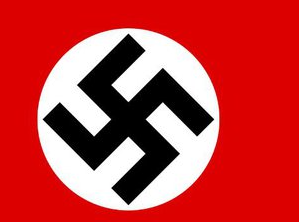 (JTA) — The daughter of a rabbi in Las Vegas found anti-Semitic and threatening notes left on her middle school desk.

One note discovered earlier this week contained a large swastika and the words “You don’t belong here.” The second was a drawing of Adolf Hitler with his hand in the air, a Nazi salute and a swastika.

Rabbi Craig Rosenstein, a chaplain for the Hospice Service of Nevada, told the local NBC affiliate KSNV that his adopted daughter, who is in seventh grade in the Escobedo Middle School, also is African American.

“When there’s a phrase that says, ‘You don’t belong here’, that to me is terrorism. That’s an emotional threat that may lead to a physical threat,” Rosenstein told the news station. “It’s the phrase underneath that you don’t belong, that’s Charlottesville. I mean that’s serious,” he said.

Two boys have been identified as having involved in the incident, which is still under investigation.

“The school is taking this incident seriously and appropriate staff have been in contact with the student’s parents,” the Clark County School District said in a statement.

Rosenstein tweeted out an article on the incident. “If this can happen to my kid, it can happen to yours. This needs to stop!” he wrote.