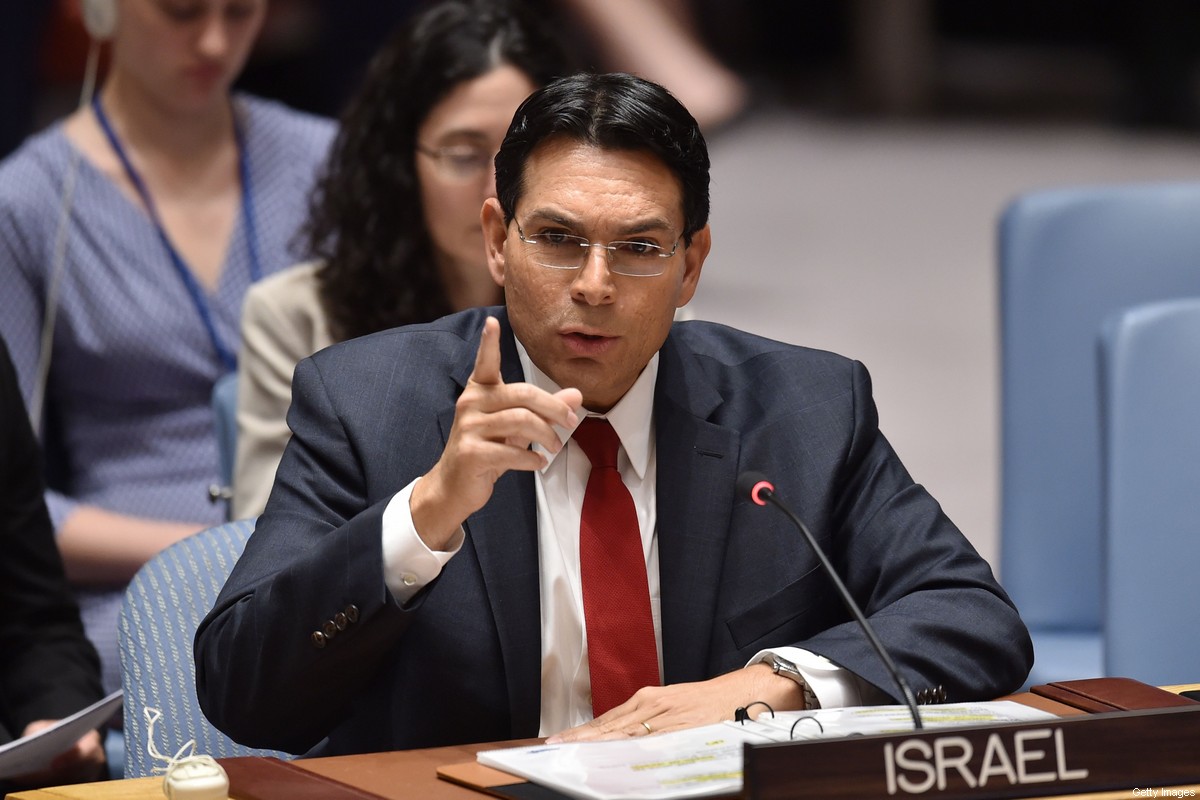 Israeli Ambassador to the UN, Danny Danon, warned the United Nations’ Security Council on Sunday that once the arms embargo on Iran would be lifted, the Islamic Republic could continue importing or exporting a variety of weapon systems, including tanks, artillery systems, warships, submarines, aircraft, missiles, and other arms. The embargo is set to expire on October 18, as the US and Israel are working closely to extend it.

Danon urged the Security Council in his statement “to act swiftly and with great resolve to respond to the Iranian regimes’ violations, by using all means necessary to extend the arms embargo on Iran beyond the current October deadline.”

He highlighted Iran’s violations, including transfers of “illicit arms to its proxies in Lebanon, Iraq, Syria, Yemen and recently even to Libya.” This weaponry, which is “freely transported throughout the Middle East and used by armed militias and terrorist groups, poses a strategic threat not only to Israel, but to the entire region,” his statement reads.

He also mentioned the terrorist activity of Hezbollah in Lebanon, and noted that the Islamic Republic transferred thousands of rockets to Hezbullah, “in violation of not only Security Council Resolution 2231, but also of UNSCRs 1701 and 1559.”

“Through its Quds Force, Iran does not stop at the mere illicit transfer of arms to Hezbollah, but also contributes to the development of Hezbollah’s self-production capabilities,” the Israeli Ambassador said in his statement.