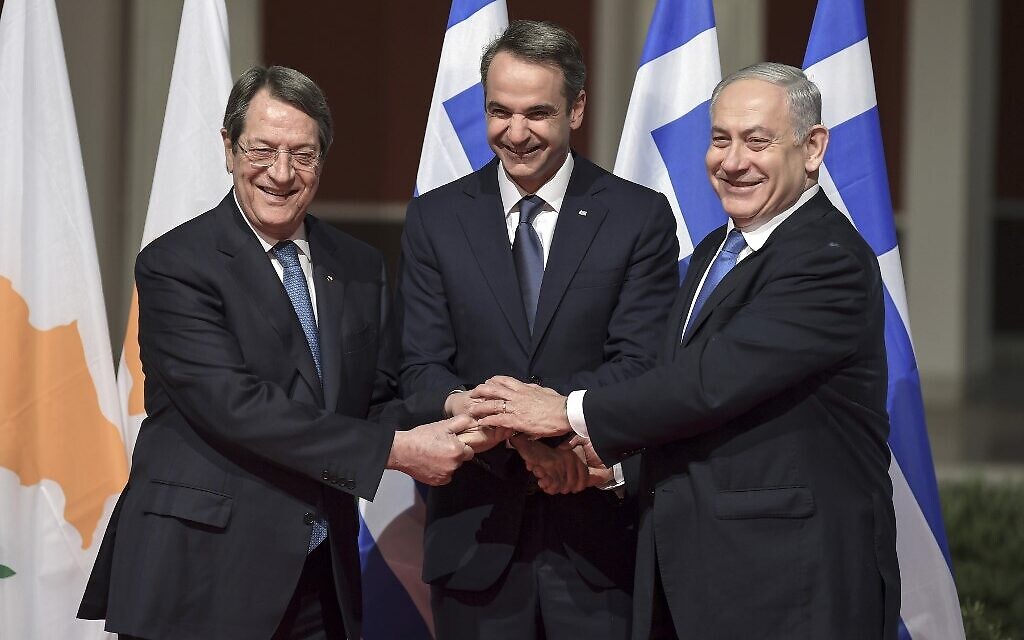 Plans to connect Israel, Cyprus and Greece with a 2,000 megawatt undersea electricity cable took a key step forward on Monday, when the three countries signed an agreement to speed up technical work on the project.

Pilides said that with the signing of the Memorandum of Understanding, the three ministers agreed on the need to expedite permits and approvals to conduct feasibility studies and to coordinate with their respective national electricity regulators on how best to proceed.

Pilides said the deal boosts cooperation “in supporting the planning, potential development and implementation of the EuroAsia Interconnector, as an additional element of the emerging Eastern Mediterranean Energy Corridor.”

Pilides called the project a “cornerstone” of the countries’ efforts to transition to a green economy that will protect the environment while promoting economic growth.

She said the cable will help the three countries meet their commitments under the Paris Agreement on Climate Change, which aims to limit carbon emissions, while helping to diversify the energy supply of fossil fuel-dependent Cyprus.

The project’s first phase is expected to be operational by 2025.

The European Union’s executive Commission has said the cable is a “key project of common interest” that makes it eligible for EU financing.