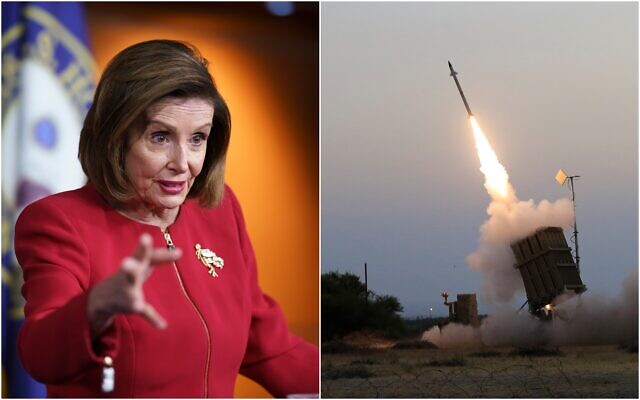 Cut out of US spending bill, Iron Dome funding to be brought to a vote this week

US House Majority Leader Steny Hoyer said Tuesday the $1 billion funding of Israel’s Iron Dome missile defense system would be brought for a separate vote this week after it was left off a government spending bill.

Speaking on the House floor, Hoyer said he would bring the replenishing of Iron Dome as a standalone vote later this week. The announcement was made amid pressure from pro-Israel Democratic Reps. Ted Deutch, Kathy Manning, Josh Gottheimer, Ritchie Torres, Brad Schneider and others who were livid over the decision to leave the funding for Israel’s defense off the spending bill.

“It is my intention to bring to this floor a suspension bill before the end of this week that will fund fully Iron Dome. I was for that. I’m still for it, we ought to do it,” said Hoyer. “I talked to the foreign minister, Mr. Lapid, just two hours ago and assured him that bill was going to pass this House.”