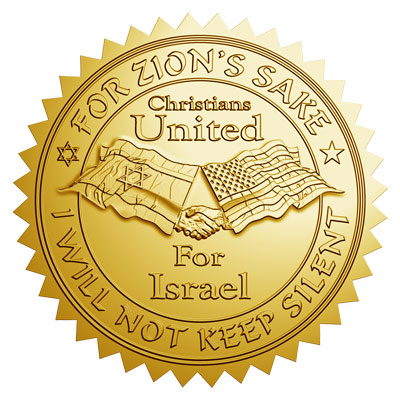 “At a time when the free world faces unprecedented challenges and uncertainty in the Middle East, a strong US-Israel alliance is vital to ensuring the protection of American values and interests in the region.

“Similar legislation unanimously passed the House of Representatives, and this bill will enjoy overwhelming, bipartisan support in the Senate. The Senate should move this legislation forward without delay.

“CUFI has supported a version of this bill for several years. If, as occurred at the end of 2018, fringe elements in the upper chamber work to block this legislation, it is incumbent upon Senate leadership to ensure the will of the people is not defied and the bill receives an up or down vote.”

The CUFI Action Fund, a nonprofit 501(c)(4), nonpartisan organization, is related to the nation’s largest pro-Israel organization, Christians United for Israel (CUFI). The Action Fund is dedicated to ensuring our elected officials hear the perspective of the millions of Christian Zionists across the country. The Action Fund’s policy agenda includes support for a strong US-Israel relationship, standing up to anti-Semitism, defending Israel’s right to self-defense and self-determination, and opposition to regional bad actors such as Iran and Turkey and the terrorist organizations they support.