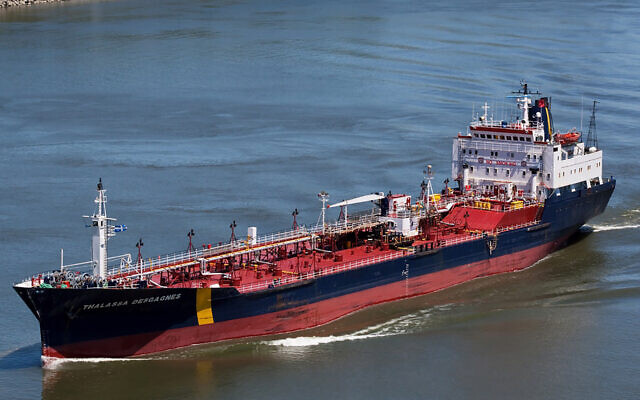 The crew of a Panama-flagged asphalt tanker off the coast of Oman reportedly managed to thwart an attempt by Iranian gunmen to take control of their ship and divert it to the Islamic Republic.

Roughly half a dozen Iranian operatives stormed the Asphalt Princess, but the crew onboard quickly sprung to action and sabotaged the ship’s engines so that it could not move any further, UK officials told The Times British daily on Wednesday.

The gunmen fled the ship once US and Omani warships arrived at the scene, The Times said, adding that none of the crew were injured in the hijacking attempt.

The incident — described by the British military’s United Kingdom Maritime Trade Operations on Tuesday night as a “potential hijack” — revived fears of an escalation in Mideast waters and ended with as much mystery as it began.

Hints of what unfolded on the Asphalt Princess began to emerge with the maritime radio recording, obtained by commodities pricing firm Argus Media and shared with The Associated Press. In the audio, a crew member can be heard telling the Emirati coast guard that five or six armed Iranians had boarded the tanker.