Cousins Reunite 75 Years After Being Separated During the Holocaust: ‘We’ve Got Each Other Now’ 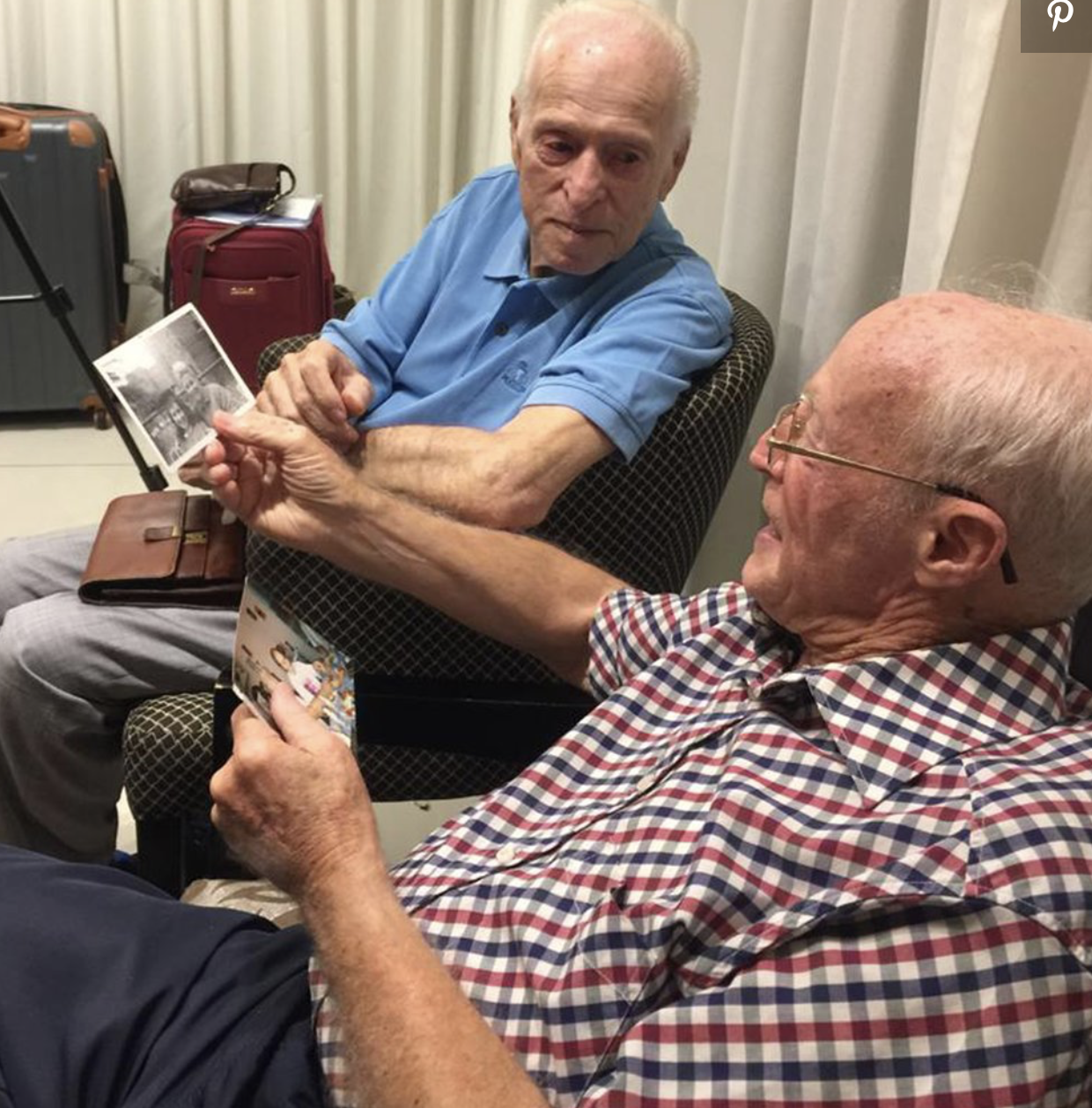 For 75 years, Morris Sana lived with the belief that his cousin and best friend Simon Mairowitz was dead. But on Saturday, 87-year-old Sana and 85-year-old Mairowitz cried tears of joy when they reunited in Israel.
The cousins were close pals before the Nazis invaded Romania in 1940, forcing both of their respective families to flee the country separately. After being torn apart, Sana and Mairowitz grew up believing that the other died in a concentration camp in Europe during World War II. (The U.S. Holocaust Memorial Museum estimates at least 6 million Jewish men, women and children were killed by the Nazis in the Holocaust.)
Several decades later, Sana’s niece and daughter connected with relatives on Facebook, leading to Sana and Mairowitz’s reunion in Tel Aviv.
In heartwarming video captured on Thursday, Sana and Mairowitz are overcome with emotion as they walk towards each other, hold out their arms and hug.

“Good to see you,” Sana, who lives in Ra’anana, Israel, tells his long-lost buddy.
“Good to see you too after all these years,” says Mairowitz, holding Sana’s face in his hands as both men begin to cry. “Seventy-five years you waited.”
“I know it’s a long time,” continues Mairowitz, who now lives in the U.K. “We’ve got each other now. And we can see each other.”

In the clip, Sana tells Mairowitz that he would often think about him after they were separated. “I imagine you when you were a little boy,” he says.
“You remember, don’t you?” Mairowitz says. “I can’t remember that.”
“I’m glad to see you,” Sana says again.
“So am I,” replies Mairowitz. “Very, very glad.”