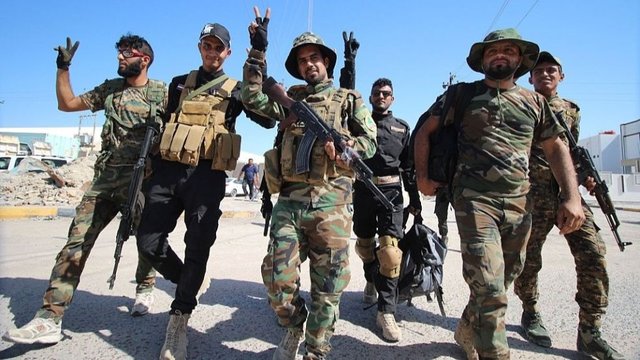 At the United Nations this week, President Trump took the leaders of Iran to task for, among other things, plundering the nation’s resources “to enrich themselves and to spread mayhem across the Middle East and far beyond.” Iran has perfected the exportation of mayhem to its neighbor, Syria. As the President pointed out, “Every solution to the humanitarian crisis in Syria must also include a strategy to address the brutal regime that has fueled and financed it: the corrupt dictatorship in Iran.”

We agree, which is why any comprehensive Iran strategy must include going hard against the terrorist proxy militias supported by its “corrupt dictatorship.” Shia paramilitary organizations trained and funded by Iran control huge swaths of territory throughout Syria, Lebanon, and Iraq, where they continue to perpetuate instability and extremist violence, threaten Israel’s security, and undermine Iraq’s fledgling democracy.

Years ago, the United States took key steps to designate some of the fiercest proxy forces operating under the command of the U.S.- sanctioned Islamic Revolutionary Guard Corps (IRGC)’s elite Quds-Force. Groups like Lebanese Hezbollah and Iraq’s Kata’ib Hezbollah are now listed on the State Department’s list of Foreign Terrorist Organizations.

Yet others, including Asaib Ahl Al-Haq (AAH) and Harakat Hezbollah Al-Nujaba (Nujaba), still operate freely and grow empowered by the day. Evidence of their terror is clear. During the Iraq War and under the direction of Qais Khazali, AAH conducted attacks on U.S. and coalition forces on behalf of Iran, including a 2007 raid on the Karbala headquarters that killed five American soldiers; likewise, Nujaba leader Akram al-Kabi led several mortar and rocket attacks on the Green Zone. Declassified interrogation reports show their centrality in attacks on U.S., British, and Iraqi citizens. Even now, Nujaba has declared its intention to “liberate” the Golan Heights from U.S. ally Israel, and works to secure a land corridor between Tehran and Beirut that Iran uses to provide military aid to Lebanese Hezbollah.