Congressional delegation visits Auschwitz ahead of 75th anniversary of liberation 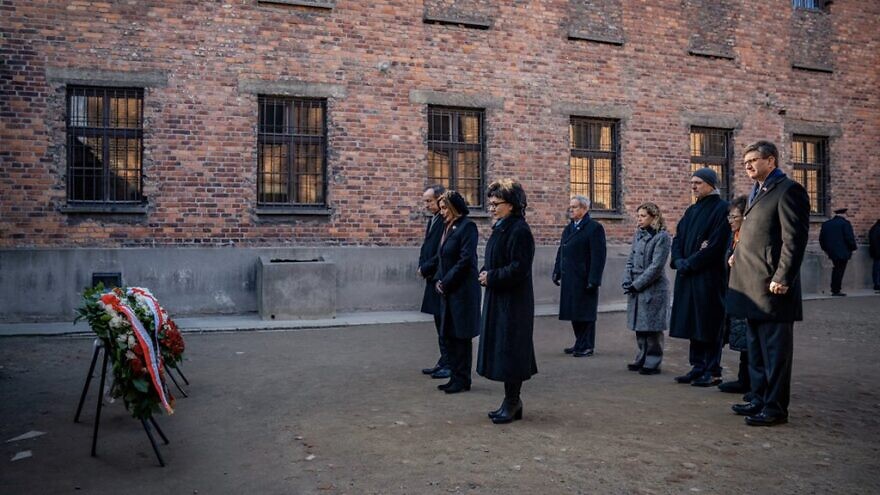 (January 22, 2020 / JNS) A congressional delegation, led by House Speaker Nancy Pelosi (D-Calif.), visited Auschwitz on Tuesday ahead of the 75th anniversary of the liberation of the concentration and extermination camp.

Pelosi laid a wreath at the “Death Wall” outside Block 11 at Auschwitz, where several thousand inmates were killed, most of them part of the Polish resistance.

“Our delegation was deeply moved by our visit to Auschwitz-Birkenau. We came to commemorate 75 years since its liberation and to reaffirm our commitment to ensuring that the horrors of the Holocaust will never be repeated,” said Pelosi in a statement. “The sheer magnitude of the evil perpetrated against Jews, Roma, LGBTQ individuals, people with disabilities and others almost defies comprehension.”