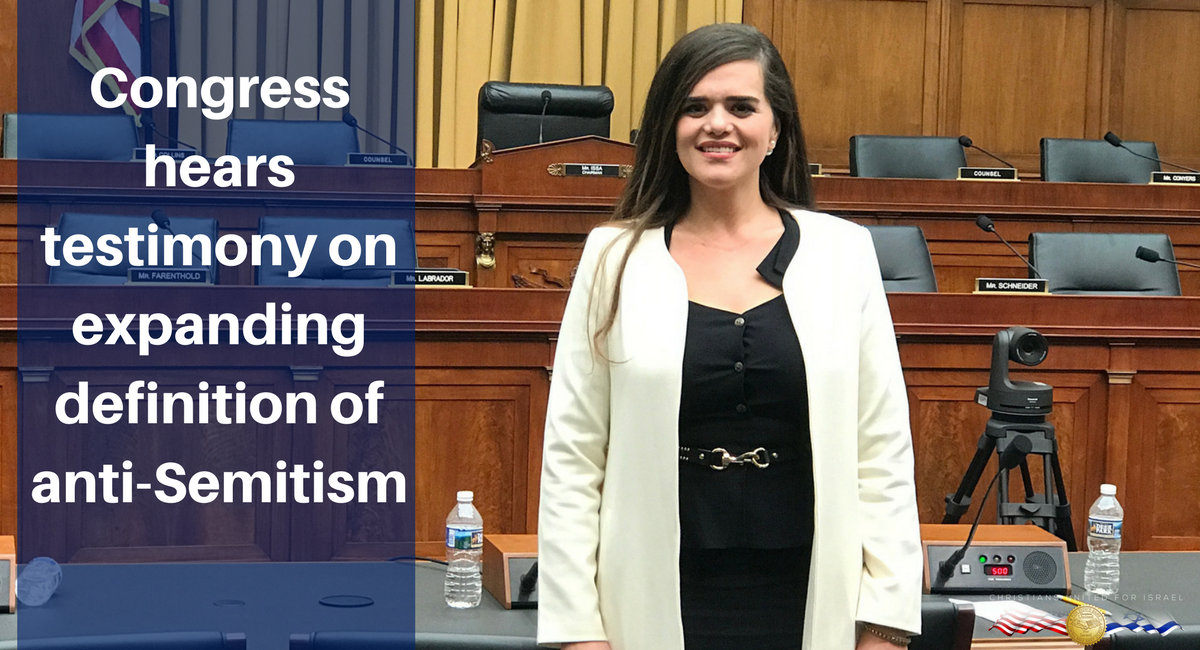 Sandy Hagee Parker, Chairwoman of the CUFI Action Fund who testified on campus anti-Semitism before the House Judiciary Committee yesterday.

WASHINGTON — The US House Judiciary Committee on Tuesday heard testimony about increased anti-Semitism on US college campuses, as lawmakers mulled advancing a 2016 bill that would require the Department of Education to adopt theState Department’s working definition of anti-Semitism.

The Anti-Semitism Awareness Act (ASAA) would require federally funded education programs to employ the State Department’s standards in assessing whether civil rights laws have been violated when dealing with hate crimes.

The controversy over the legislation stems from its provisions regarding Israel. The ASAA would ban the Department of Education from “claiming Israel for all inter-religious or political tensions” and “applying double standards by requiring of it a behavior not expected or demanded of any other democratic nation.”

Opponents of the legislation argue the clauses on Israel would infringe free speech on campus.

“It is undeniable that some anti-Israel sentiment is fueled by hostility toward Jews,” Suzanne Nossel, executive director of PEN America said in her testimony Tuesday. “But to declare, ipso facto, that any speech that blames Israel for regional tensions or subjects Israel to a higher standard of behavior constitutes anti-Semitism risks chilling a wide range of speech.”

While Nossel admitted that some who hold Israel to a “higher standard behavior by virtue of its character as a Jewish state that aims to embody religious values and moral standards to which other nations do not hold themselves,” bear “some anti-Semitic taint,” she argued that existing hate crimes laws were enough to protect against a

But other speakers at Tuesday’s hearing said Jewish students were being subjected to increased harassment and federal protections have failed them.

Johnathan Greenblatt, who heads the Anti-Defamation League, said his organization has tracked a substantial spike in anti-Semitic incidents on campuses — a total of 118 in the first three quarters of 2017 — and yet many of these incidents “would not meet the criteria to be categorized as a hate crime.”