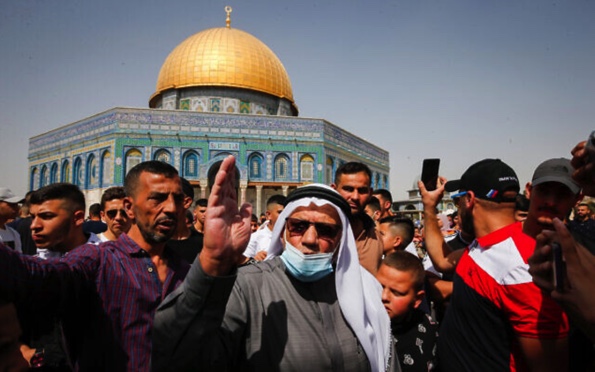 Israeli officials have “concrete warnings” that terror groups plan to incite violence in and around the Temple Mount ahead of the upcoming Jewish High Holidays, Kan news reported Tuesday, citing an unnamed security official.

The source also said police had issued restraining orders to known Jewish and Arab agitators to keep away from the site during the upcoming holiday season.

East Jerusalem social media accounts have encouraged Muslims to visit the Temple Mount throughout the upcoming Jewish holidays, particularly during the morning and afternoon, when Jews are allowed to visit.

Palestinian news outlet WAFA reported that the call went out due to an increase in Jewish prayer activity at the flashpoint holy site and other activities Palestinians consider to be a threat to the status quo.