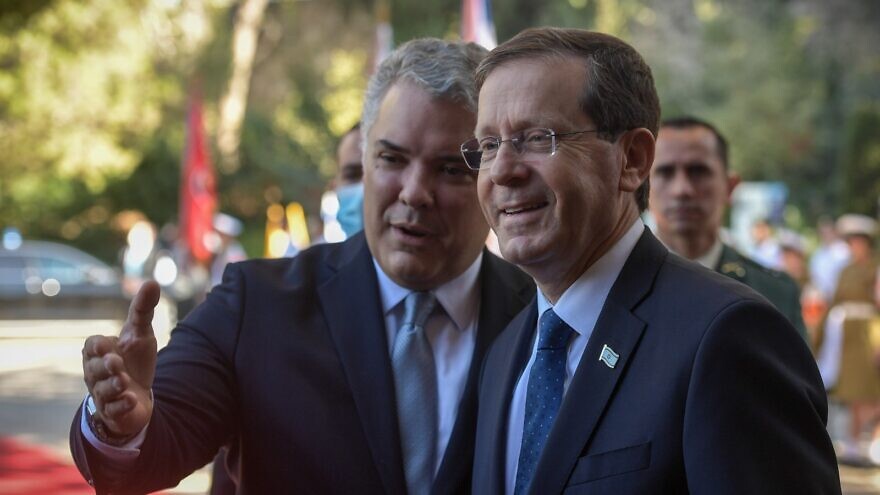 Israeli President Isaac Herzog welcomed President of Colombia Iván Duque to Israel on Monday with an official ceremony at the President’s Residence in Jerusalem.

Duque and Herzog reviewed an Israeli Navy honor guard before sitting down for a working meeting, according to an official statement. The two leaders discussed opportunities for bilateral collaboration on environmental technologies, green energy and sustainability.

Duque is being accompanied on his state visit by a delegation of senior Colombian cabinet members, including the ministers of defense, agriculture, health, commerce, industry and tourism and environment.

At a press conference after the meeting, Herzog praised the free-trade agreement between the two countries, which he said “marked a welcome high-point” in bilateral relations, and also thanked the Colombian leader for his country’s support in international forums.