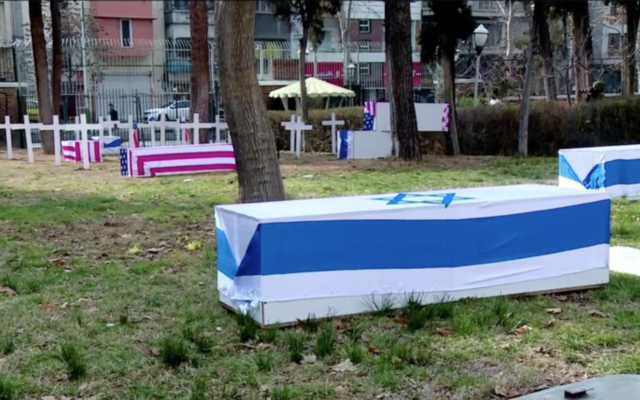 Iranians draped mock coffins with American and Israeli flags in a protest exhibition against the US killing of general Qassem Soleimani that was shared widely on social media on Wednesday.

The protest display was organized in a Tehran courtyard where posters memorializing the Iranian general plastered the walls.

Stacks of coffins were situated alongside cemetery crosses as well as military helmets that were also draped with American flags.

Several of the passers-by who spoke to journalists said that while they were aware of the risks that war with the US presented, they were prepared and certain that Iran could defend itself.