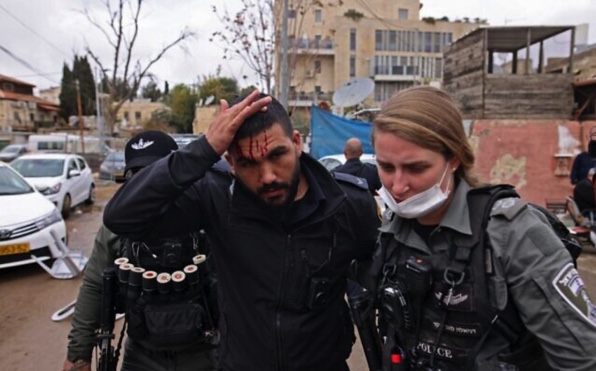 Fresh unrest was reported Friday in the East Jerusalem neighborhood of Sheikh Jarrah, which has been a flashpoint for demonstrations and rioting in recent months.

Police said dozens of people were rioting and hurling chairs at officers at the scene. A cop was lightly hurt after being hit in the head with one of the chairs and was taken to receive medical care.

Police said they arrested two suspects, one for throwing the chair that hit the policeman and another for making threats.

Sheikh Jarrah, a neighborhood that is a 10-minute train ride away from Jerusalem’s city center, has emerged as a symbolic flashpoint in the Israeli-Palestinian conflict.