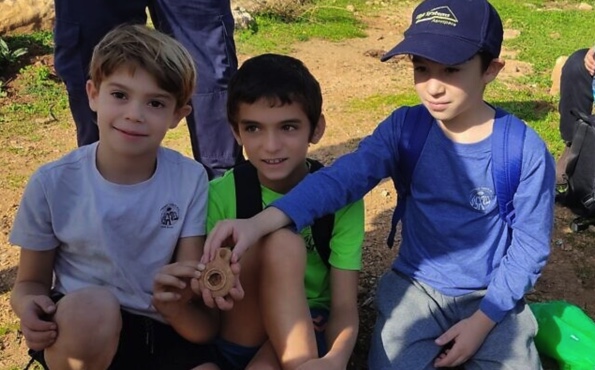 Children out for a stroll in north discover 2,000-year-old lamp in the ground

A group of children recently found a 2,000-year-old oil lamp at Kibbutz Parod in the northern Galilee region of the country, shedding light on the ancient Jewish community that lived in the area, the Israel Antiquities Authority said in a statement Monday.

The 4th-grade students — Alon Cohen, Liam Atias and Rotem Levnat — from the kibbutz’s Nof Hagalil School, made the discovery as they were out for a walk about 10 days ago.

The trio said they noticed something poking out of the ground, and at first they thought it was just an unusual stone.

However, after carefully pulling it out they realized it was a complete oil lamp made of clay.

The students took the lamp to their parents, who informed the Israel Antiquities Authority, which was able to confirm the age of the object, the statement said.