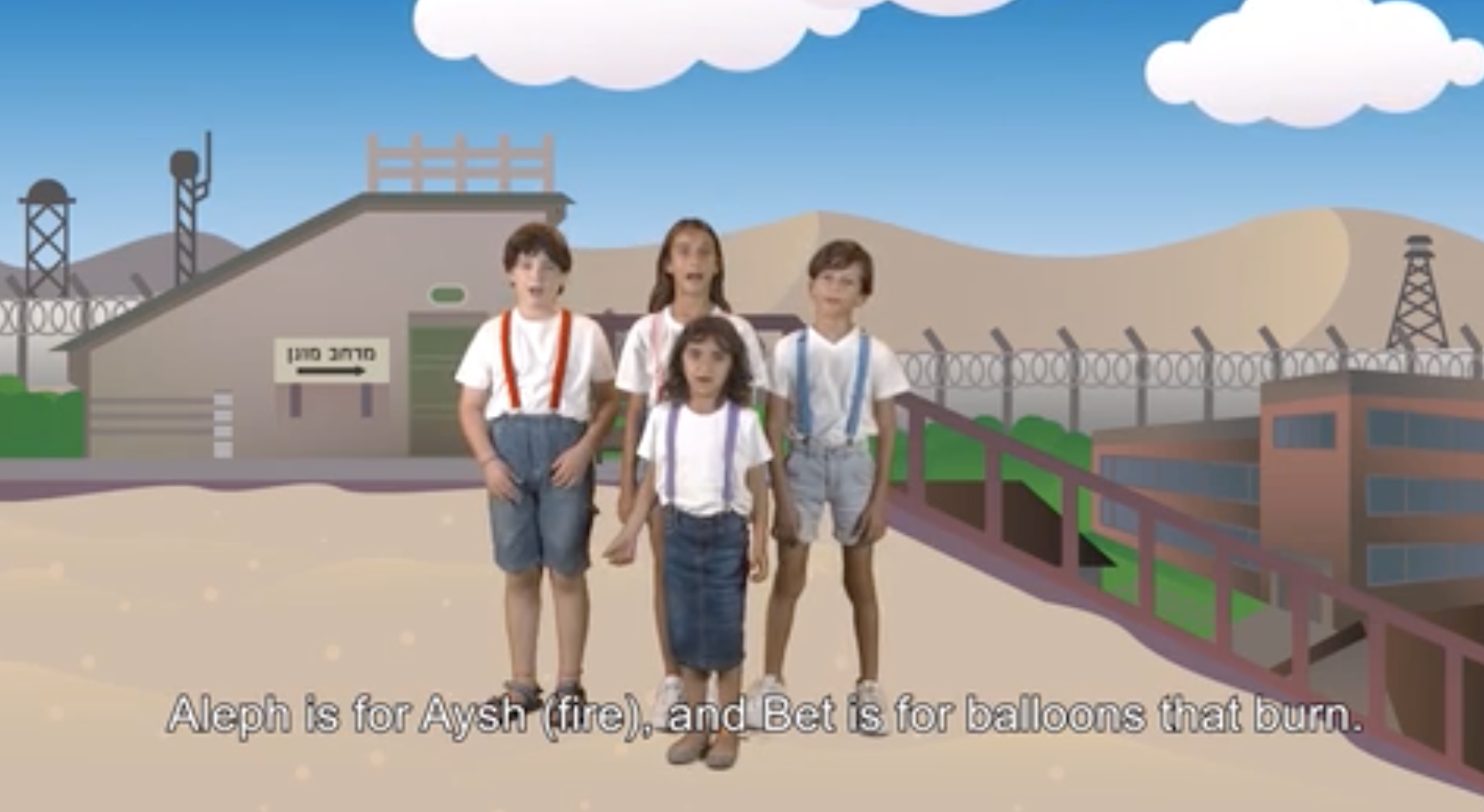 Children from Israeli communities bordering the Gaza Strip protested Palestinian terror attacks by describing their lives under fire in a spoof version of a Hebrew children’s song.

As children throughout the country are getting ready to return to school after summer break, children in the area around the Gaza Strip are dealing with the rocket fire which has occurred in recent weeks.

In protest of the security situation in southern Israel, the Israel Victory Project (IVP) published a music video featuring Israeli children singing a spoof version of Noami Shemer’s song “Aleph Bet,” which lists different issues that begin with each letter of the Hebrew alphabet.

For example, in Noami Shemer’s version the letter “hey” stands for “hadas” (myrtle) and “vav” stands for “vered” (rose) and these two plants “bloomed for me in the sands.” In the spoof version, the children sing that “hey is hadas and vav is vered that burned for me in the fields,” referencing incendiary balloons launched by Palestinian terrorists that have burned large areas of land in southern Israel.

“The goal of the song is to show the significant differences between the start of the [school] year for children from the south and children from the rest of Israel,” explained a press statement by the IVP. “The song attempts to raise awareness about the impossible childhood of hundreds of children who live in the area under fire and to show the difficult reality and the daily fear that children in the south experience.

“The lyrics of the song are painful and unfortunately accurately describe the feelings with which children in the south are beginning the new school year,” said Gregg Roman, CEO of the Middle East Forum which is responsible for the IVP.

“These children have the right and the State of Israel is obligated to allow them to grow up in peace and quiet like all the children of Israel, without anxiety, fear and terror,” added Roman. “The only way to achieve this is through victory over Hamas once and for all and to prevent round after round of fighting that only perpetuate the current situation and don’t bring us to any true and lasting solution.”

“It’s important to us that all the children of Israel understand the fear that we grow up with,” said 9-year-old Michal Maor from Sderot. “No one really knows what an incendiary balloon is until he sees one.”

“We grow up in a cruel and difficult reality and instead of enjoying free time outside, we pass the time in shelters,” said Maor. “Therefore, it was important for us to share this song that shows our reality through frightening lyrics and whose main goal is to cause the Israeli public to understand our daily fear.”