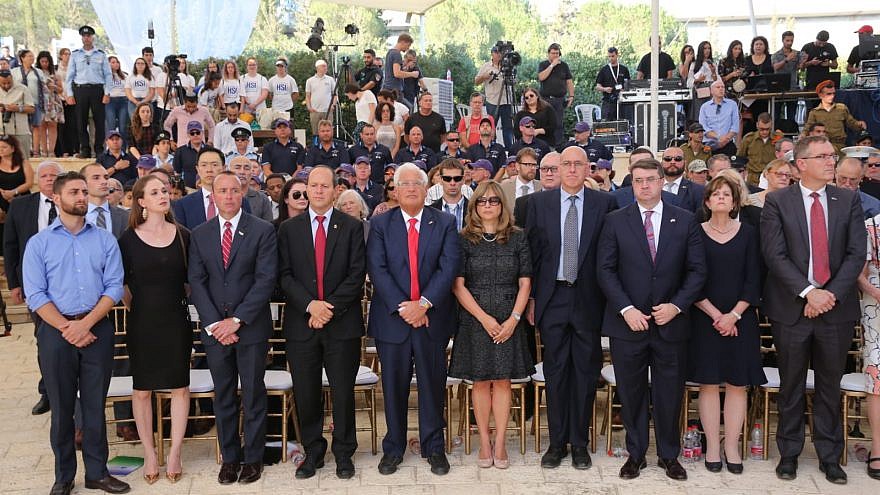 The “Tribute in Light” event included the illumination of two beams that shined up 300 meters over Jerusalem, similar to that of Ground Zero in New York City.

The event was held by the Keren Kayemeth LeIsrael National Fund (KKL-JNF), Jewish National Fund-USA and the U.S. embassy in Israel.

The event’s attendees included diplomats, ambassadors, and individual delegations from Israel and America, including United Airlines pilots, firefighters and police officers, and Israeli families who lost loved ones in the attacks.

“We stood together in solidarity on 9/11, and we knew that terrorism could not defeat us,” U.S. Ambassador to Israel David Friedman said at the ceremony. “Standing here today we all recall that terrible day in 2001, and we honor the memory of the victims. In their honor, let us also reaffirm our sense of solidarity and commitment to our most cherished values. That will be the lasting legacy of 9/11.”

The 9/11 Living Memorial Monument, established in 2009 by KKL-JNF and JNF-USA, is the only memorial outside of the United States that includes all of the names of the victims that September day. The 30-foot bronze sculpture shows the American flag folded into the shape of a memorial flame, and a metal shard from the ruins of the Twin Towers is shown into the base of the monument.