Celebrations staged for Day of Liberation and Rescue from Nazi Germany 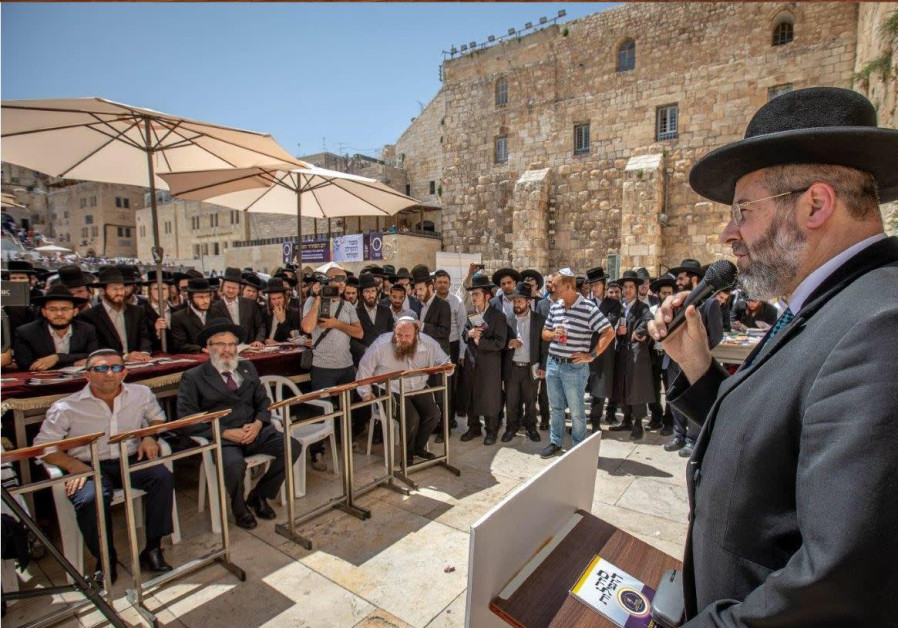 Thousands of people around the world took part in ceremonies this year marking the Hebrew date for the end of the Second World War in Europe and the surrender of Nazi Germany.

The Day of Liberation and Rescue as it has been designated in Israel marked 74 years since the end of the war with thousands of people participating in dozens of prayer rallies in synagogues, memorial sites and schools throughout Europe and beyond.

Various chief rabbis and community leaders participated in the events, as did defense ministers, government representatives, and ambassadors, while for the first time, a prayer rally took place in the synagogue in Djerba, Tunisia.

In Israel, prayer rallies took place at the Western Wall, the Tomb of the Patriarchs in Hebron, Rachel’s Tomb in Jerusalem, and synagogues across the country.

Chief Rabbi David Lau gave an address at the Western Wall, while Chief Rabbi of Jerusalem Rabbi Shlomo Amar participated in a prayer service in the Grand Synagogue in Moscow where he said that while “on the one hand, we lost a third of our nation in the hands of the Nazi murderers…yet on the other hand we must also remember the miracle of our survival and thank and praise God for the survivors.”