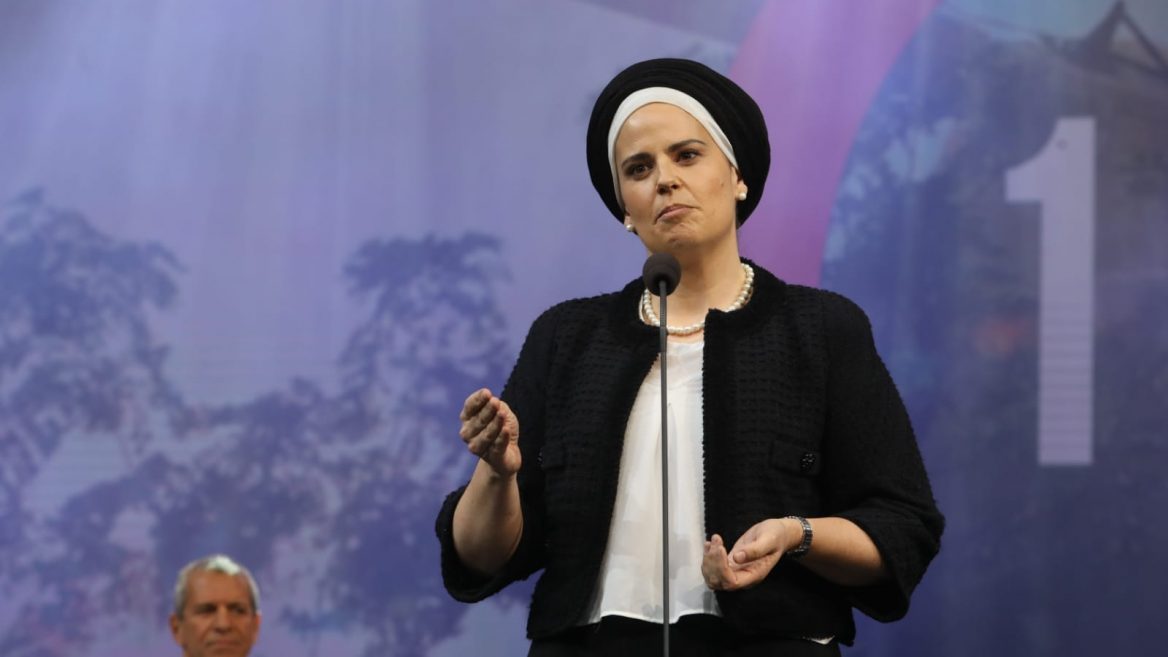 It’s always inspiring when the good guys win. That was certainly the feeling that swept the 5,000-person strong audience at the WeWork Creator Awards last week when Jerusalem-based MonitHer won the $360,000 grand prize.

The company was founded by American immigrant to Israel Yehudit Abrams who honed her ultrasound expertise while doing a post-doc at NASA before moving to Israel.

MonitHer makes a handheld ultrasound system that women can use at home to regularly monitor for abnormalities in breast tissue.

The MonitHer device, which is already FDA-approved, allows women to scan their breasts once a month in about 10 minutes. Software that combines artificial intelligence with the power of the cloud detects any potential problems. MonitHer increases the chances of early detection compared with monthly self-exams and can be done more frequently than annual mammograms.

MonitHer wasn’t the only winner at the Creator Awards. Second place (and $180,000) in the Business Venture category went to startup SensPD, which is developing a device and method to detect autism based on a physiological marker.

A second category for non-profits had its own winners. The Kaima NGO won the $72,000 first place prize for its “Employment as Education” model that pairs high school dropout youth with organic farming, business learning and community engagement.

The “Hand in Hand” Jewish-Arab school network and Yotsrot, an organization which helps women exit the cycle of prostitution through vocational training, emotional support and financial guidance, both won $18,000.

We Work also gave out a single Community Giver Award to Sagi Shahar, CEO and co-founder of Nahshonim, which helps grow small businesses and non-profit organizations in Israel’s periphery.