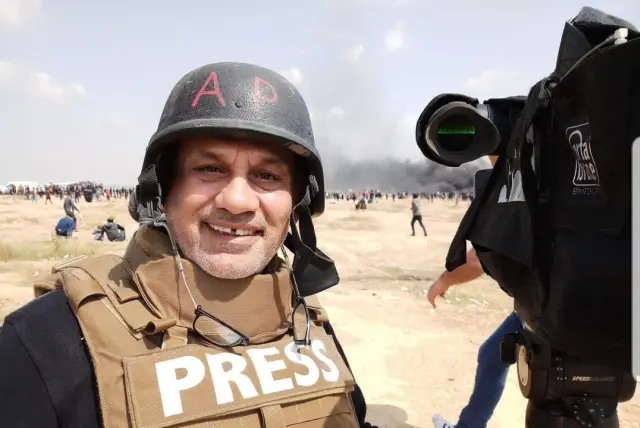 Eyad Hamad, a veteran Palestinian cameraman, said on Wednesday that he was fired from the Associated Press (AP) after the Palestinian Authority filed a “complaint” against him.

Hamad, 63, a resident of Bethlehem, told The Jerusalem Post that the complaint was filed against him because he had criticized the Palestinian security forces for arresting and beating a Palestinian journalist.

Hamad and several Palestinian journalists expressed outrage over the AP decision. They said they were planning a series of protests against the international news agency in the coming days.

The Palestinian Journalists Syndicate issued a statement in which it condemned the “arbitrary dismissal” of the cameraman. The syndicate called on AP to revoke its “unfair and unjust decision.”

“I have been working for AP for 20 years,” he said. “I covered many events in the West Bank, Gaza Strip and a number of Arab countries. The decision came as a surprise to me and my colleagues.”