CALL TO DESTROY ISRAEL AT ISLAMIST CONFERENCE IN ANKARA 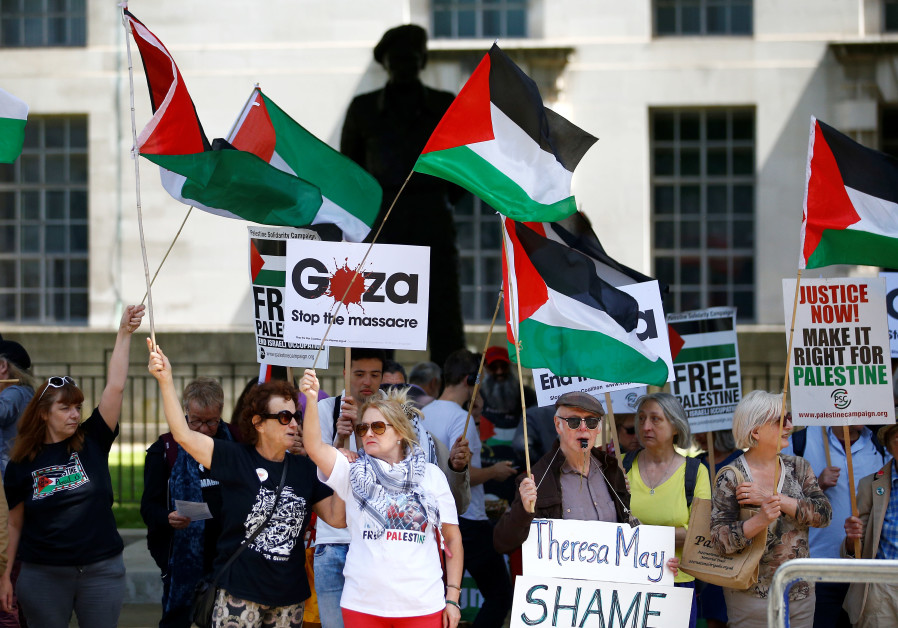 “Israel must be dissolved and destroyed,” said one speaker, according to a report in the German daily Die Welt.

Speakers also urged boycotts, divestments and sanctions (BDS) against Israel at the event titled “Congress on the Future of Islamic World and Palestine.”

Kadir Arakas, the chairman of a Turkish-Shi’ite association, said “resistance in Palestine is important” during the “weakest period of Israel’s history.” Arakas urged that no Islamic country reach agreements with Israel or work toward closer relations with the Jewish state.

He did not define “resistance” but the meaning of the word for Iran’s mullah regime and its chief proxy, the Shi’ite movement Hezbollah, is violence against Israel. “If we want the liberation of al-Aqsa Mosque [in Jerusalem], we have to help the mujahedeen,” said Arakas.

The Islamic Republic of Iran’s Ayatollah Mohsen Araki also spoke at the event. At a conference of Islamic clerics in Beirut in 2015, Araki supposedly said that “annihilation of the Zionist regime is a sure thing and Quranic pledge.” The pro-Iranian Taghrib News Agency reported on Araki’s genocidal antisemitic remarks. Araki served as the personal representative for Iran’s Supreme Leader Ali Khamenei in London.

Araki is the secretary-general of the World Forum for Proximity of Islamic Schools of Thought. The Iranian regime’s state-controlled news agency AhlulBayt News Agency (ABNA) reported that the conference was “organized by the Saadat Islamic Unity Research Center in Turkey” and “brought together more than seventy foreign guests from 20 countries.”

ABNA, based in the holy city of Qom, focuses its coverage on Shi’ite communities across the globe.

According to ABNA, the conference held the following panels: al-Quds is the Most Important and Fundamental Issue of the Islamic World; Islamic Unity: The Muslims’ Only Way for the Future; The Impact of the Palestinian Issue on the Islamic World and the Responsibilities of the Islamic Ummah; World Status and Issues of Islam, Problems and Solutions; and Concerning the Greater Middle East Plan – Deal of the Century Agreement, Its Goals and Supporters; and Conditions for Implementation of the Islamic Unity Plan.

ABNA wrote that Araki told the The Islamic Republic News Agency that the congress is “very effective in the present time and said that at this juncture when the enemy is trying to marginalize the Palestinian issue, this conference can once again raise the Palestinian issue to the public opinion and the Muslims.”

Hasan Bitmez, the vice president of the Turkish Islamist Felicity Party, said with respect to Israel at the conference that “No agreement is valid with these tyrants who occupy this blessed land.”

Die Welt reported that Abdelmalek Hibaoui, a German professor for practical theology at the University of Tübingen, participated in the anti-Israel conference.

Abdelmalek Hibaoui is also a member of the Central Council of Muslims in Germany, and teaches and trains Islamic clerics there.

Die Welt wrote that Hibaoui distanced himself from the conference in response to a press query from the German newspaper.