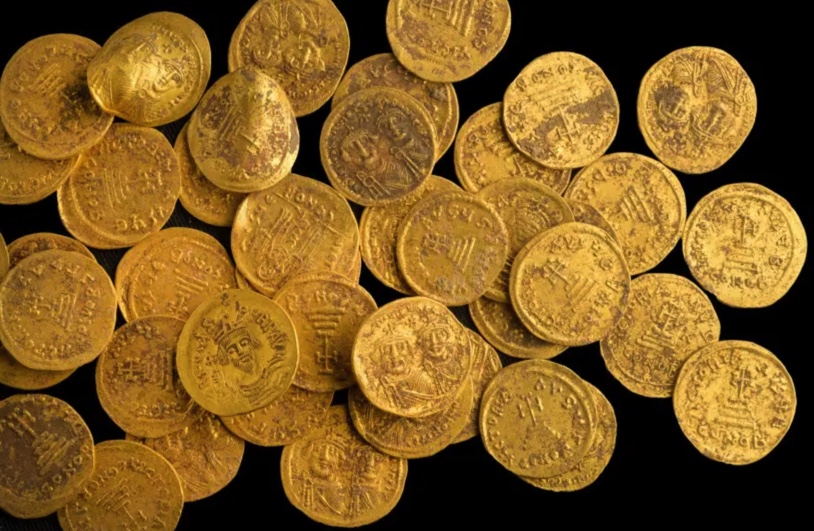 A cache of 44 pure gold coins from the Byzantine era was recently discovered during an archeological excavation at the Banius site within the Hermon River Nature Reserve, the Israel Antiquities Authority (IAA) announced on Monday morning.

The presence of coins minted by Heraclius towards the end of his reign help to place the cache of coins as being from around the time of the Muslim Conquest of the Levantine Byzantine Empire in 635 AD.