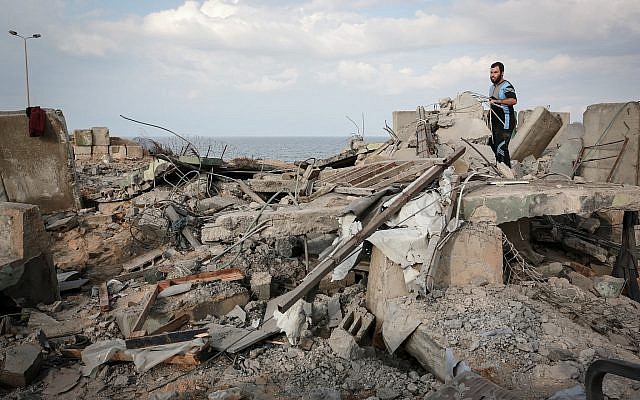 The security cabinet on Thursday instructed the army to step up its response to any violence emanating from the Gaza Strip during the border protests expected Friday, amid skyrocketing tensions in the Palestinian enclave.

Ministers said the IDF should ramp up the severity of its responses gradually, but ultimately adopt a zero-tolerance policy toward rocket attacks, arson balloons and rioting along the Israeli border, according to reports in Hebrew-language media.

The new stepped-up response to violence on the Gaza border includes a green light for troops to fire at Gazans who are farther away from the fence than the distance mandated by the current open-fire guidelines, the Haaretz daily reported, as well a more forceful response to incendiary balloon launches.

The report said most ministers toned down their rhetoric at the nighttime cabinet meeting compared with their combative media statements, opting to wait for Friday’s expected demonstrations and for the results of Egypt-led efforts to negotiate a long-term ceasefire before escalating the military’s response.

The cabinet meeting came after a rocket fired from Gaza scored a direct hit on a home in Beersheba and a second one fell into the sea near the Tel Aviv area. Israel responded by striking some 20 targets in the Strip.

Defense Minister Avigdor Liberman had sought a more dramatic decision, according to the report, but most other cabinet members criticized him for offering no practical plan.

Jewish Home party leader Naftali Bennett, the education minister, was said to oppose a full-blown ground operation inside the Strip for now, though he has pushed for increased military measures and sparred with Liberman through the media.