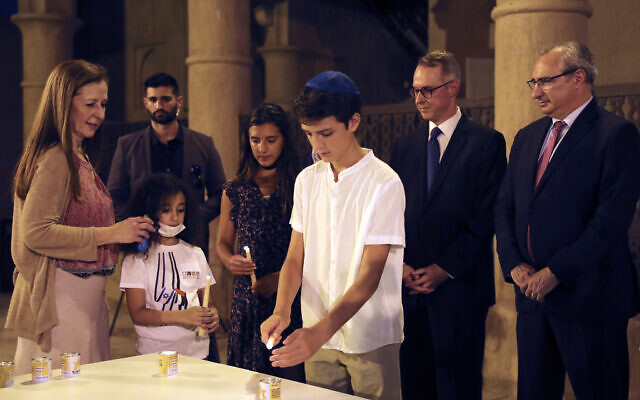 Bucking regional denial, UAE to include Holocaust in school curricula

The United Arab Emirates is taking major steps to combat a regional culture of Holocaust denial in the wake of the 2020 Abraham Accords that normalized its relations with Israel.

Once entirely absent from the learning materials of children in the UAE — which also blacked out Israel from world maps and globes — the Holocaust is now set to be fully included in the curriculum, as the Gulf country moves to position itself as a regional peacemaker.

Last year, the region’s first Holocaust memorial exhibition opened in Dubai, just months after the US-brokered accords ended a more than 70-year impasse between Israel and the UAE.