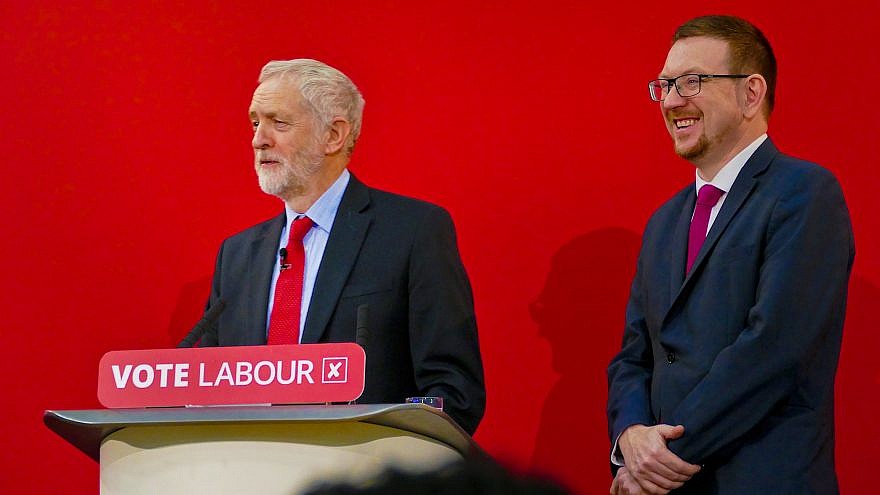 (September 24, 2019 / JNS) The British Labour Party voted in on Tuesday several anti-Israel policies, including what is believed to be its first formal policy regarding BDS.

During the Labour Party conference in Brighton, delegates voted to support a boycott of Israeli settlement goods and called for the rejection of trade agreements with Israel. Reports noted that the nearly unanimous vote came after attendees shouted “Free Palestine.” The party also reaffirmed its opposition to British arms sales to Israel and endorsed the Palestinian “right to return.”

Labour Friends of Israel director Jennifer Gerber condemned the vote, calling the party a “home for anti-Jewish racists and Israel-haters.”

“It’s depressing but thoroughly unsurprising that Labour has today ended its decades old opposition to the extremist Israel boycott movement. Boycotts do nothing to bring about peace and are designed entirely to demonize Israel,” said Gerber. “With [Labour leader Jeremy] Corbyn now uniquely singling out the world’s only Jewish state for boycotts, it’s no wonder the Jewish community fears the prospect of him becoming prime minister. This is another dark day in the history of the Labour Party.”

The conference has been stirring controversy since it began this weekend.

One pamphlet distributed at the conference revealed Corbyn’s support for the 2002 Cairo Declaration, which accuses Israel of apartheid, while another pamphlet compared Israel to Nazis. Other materials at the conference include an anti-Semitic banner, later removed by police, and fliers that accused the Jewish Labour Movement of defending the “racist apartheid State of Israel.”