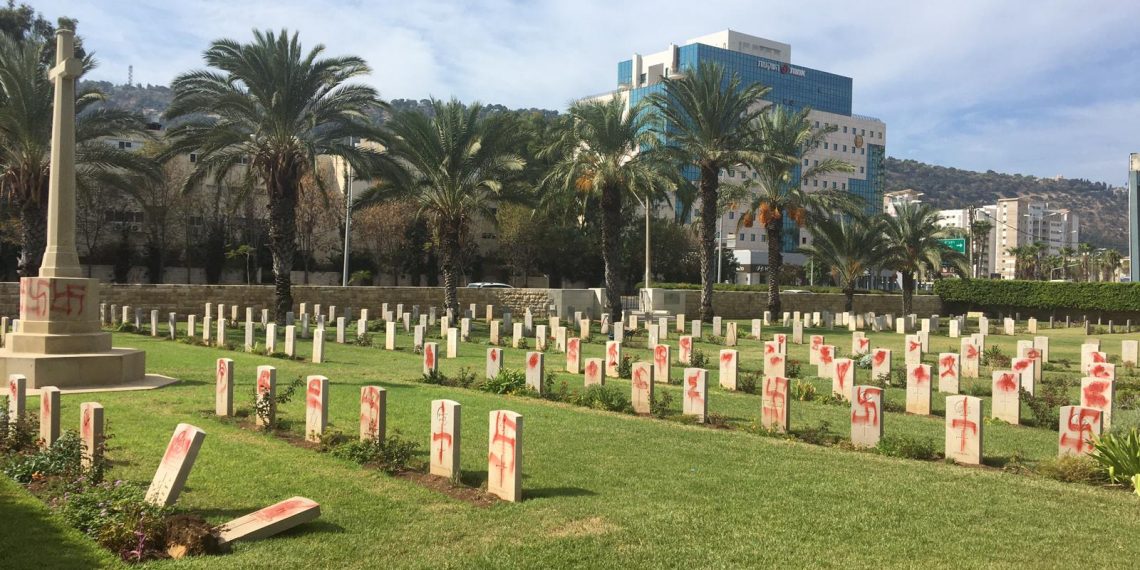 The Haifa District Police have launched an investigation into the vandalism of some 20 headstones in the old British cemetery in the lower city of Haifa.

On Friday morning, the cemetery manager discovered that a number of headstones for fallen British soldiers and Templars had been defaced with red painted swastikas. He reported the incident to the police.

The police said officially that the motive for the vandalism was still unclear and that no arrests had been made as of Saturday evening. However, a senior police official told Israel Hayom that “the main suspicion is that this was a hate crime.”

Prime Minister Benjamin Netanyahu also issued a statement about the vandalized graves, saying, “We take the desecration of the graves of World War I heroes in Haifa very seriously. We owe them a historic debt.”