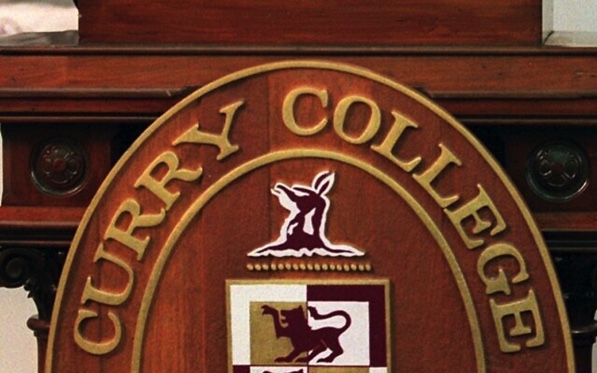 For nearly a month, a small liberal arts college just miles outside of Boston has been roiled by a spate of hate incidents, including antisemitic graffiti and threatening racist language, prompting the school to offer a $10,000 reward for information leading to the arrest and conviction of anyone involved.

The incidents at Curry College, located in Milton, a suburb south of Boston, began Jan. 27, when International Holocaust Remembrance Day is observed worldwide, with reports of drawings of swastikas and discriminatory and hateful language.

Numerous other similar incidents were reported over the next few weeks. After threats against the school’s Black community that mentioned a specific date, Feb. 22, Curry temporarily shifted its classes online last week.

Some 200 people participated in two separate rallies and a march at the end of last week in support of Curry’s Jewish and Black students, according to the student newspaper.

“We will get through this. We will not bend to those who threaten or, by their actions, cause fear in our community,” the school’s longtime president, Kenneth K. Quigley, Jr., wrote in a message to the Curry College community last week.