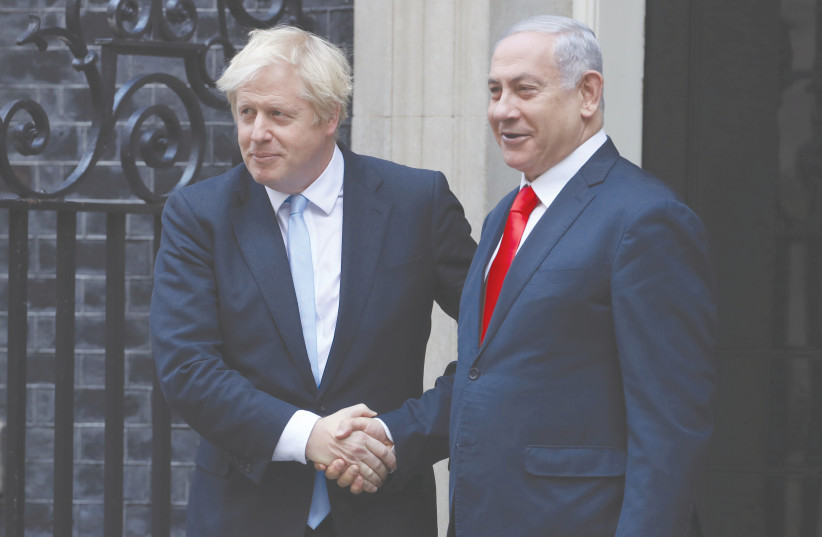 The Conservative Party in Britain, led by Prime Minister Boris Johnson, will ban local councils from boycotting products from foreign countries, including Israel.

The pledge is made in the party’s election policy manifesto in the run-up to the Dec. 12 general elections.

“We will ban public bodies from imposing their own direct or indirect boycotts, disinvestment or sanctions campaigns against foreign countries. These undermine community cohesion,” the document released Sunday says.

Introducing a law against such boycotts would prevent Labor-majority local councils from imposing boycotts against Israel, according to the Jewish Chronicle.

In its election policy manifesto published Thursday, the Labour Party said it would stop selling weapons to Israel.
British voters will choose a new Parliament in the wake of the Brexit controversy. Parliamentarians backed Johnson’s call for a vote in late October.