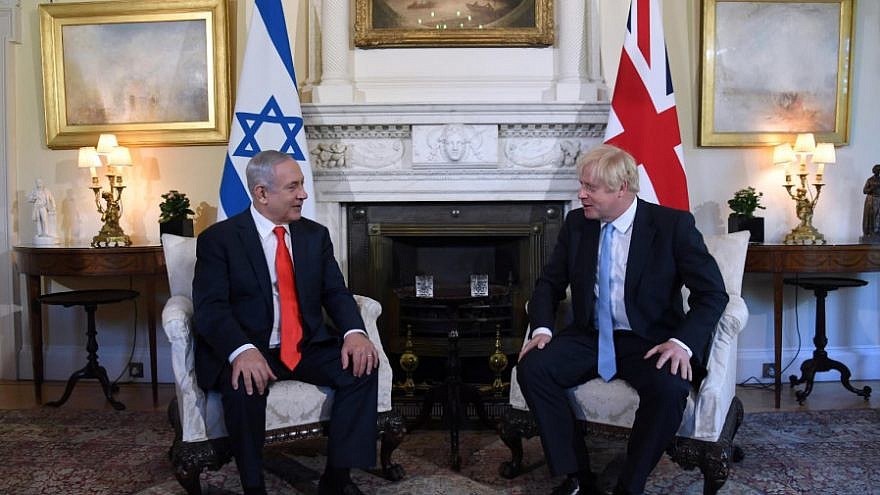 Speaking at the International Institute for Strategic Dialogue conference in Jerusalem, U.K. Special Envoy for post-Holocaust matters Eric Pickles said, “BDS is anti-Semitic, and should be treated as such.” BDS, he added, constituted an attack not only on Jews, but also on British identity itself.

“Anti-Semitism is an attack on the British way of life and British identity. Without our Jewish citizens we would be a lesser nation,” he said.

Pickles said Johnson’s government would make BDS illegal for governmental and public bodies, a move which would prevent them from working with anyone who supports the effort to isolate and financially punish Israel.

Pickles, who is also president of the Association of the Conservative Friends of Israel, said that the resounding defeat of Jeremy Corbyn’s Labor Party on Dec. 12 was actually a national referendum on anti-Semitism.