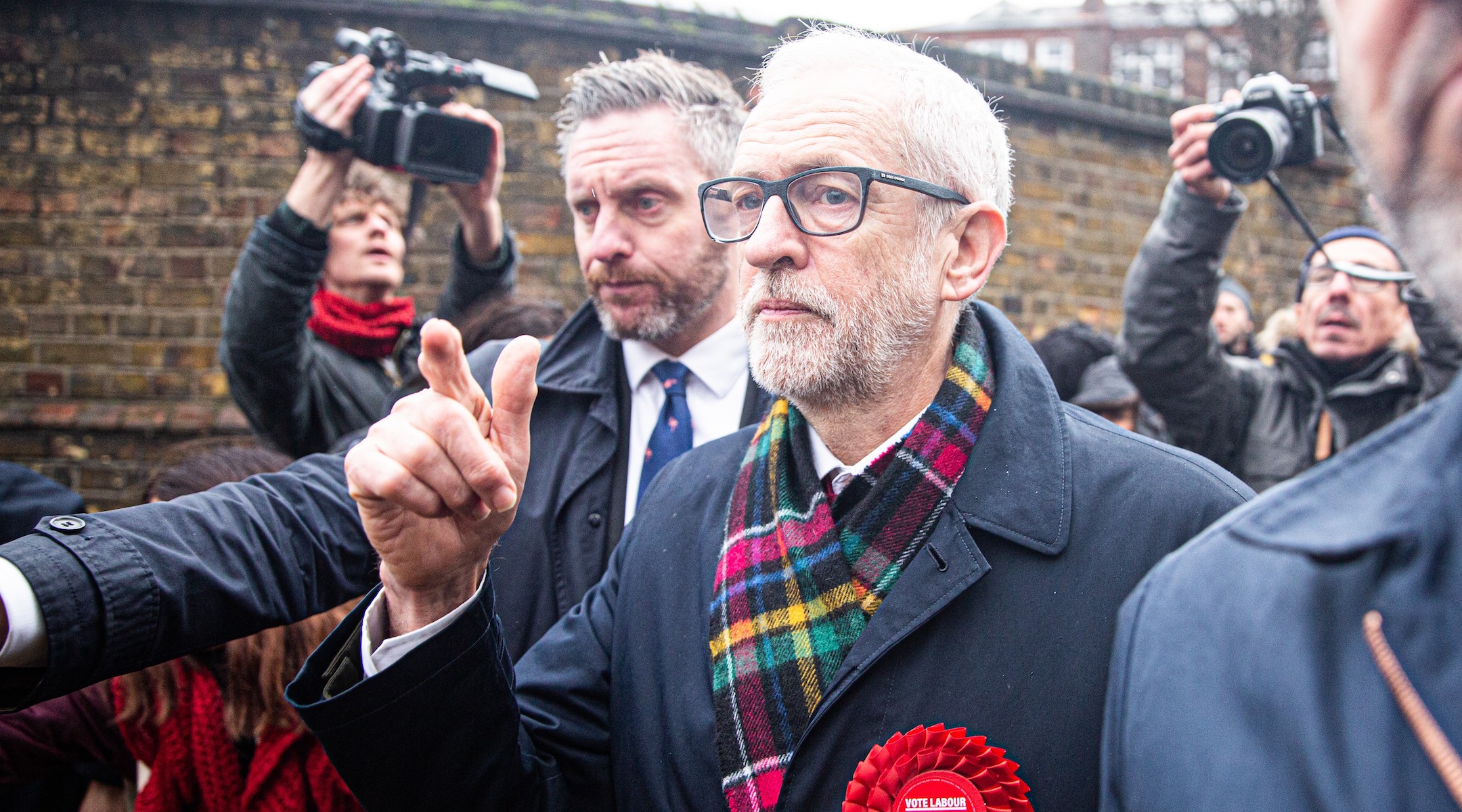 The Conservatives received 368 seats out of 650 according to the polls by BBC, ITV and Sky News, with Labour lagging far behind with 191.

Actual results from voting stations are expected to begin trickling in at about 2 a.m. local time on Friday.

Many British Jews have said the elections are particularly fateful for them because they believe that the Labour Party has become institutionally anti-Semitic under its left-wing leader, Jeremy Corbyn, who was elected to lead the party in 2015.

After he was elected, many of the party’s new left-wing supporters have said anti-Israel and often anti-Semitic things. The Labour Against Antisemitism group has documented thousands of cases of alleged anti-Semitic hate speech by members since 2015.

Corbyn has pledged not to tolerate racism within Labour but leaders of British Jewry have said he is himself part of the problem. Critics point to past statements he has made about Israel and Zionists, and the fact that he has called groups like Hamas his “friends.”

The previous chief rabbi of Britain, Jonathan Sacks, last year called Corbyn an “anti-Semite.” The current chief rabbi of Britain last month published an op-ed in The Times of London, effectively calling on voters not to vote for Labour over the anti-Semitism issue, saying that Corbyn is “complicit in prejudice.”

If the exit polls are accurate, it would be the worst performance by Labour in any general election since the World War II, Michael Thrasher, professor of Politics in the School of Sociology, Politics & Law at the University of Plymouth, told Sky News. Labour received 262 seats in parliament in 2017, an increase of 30 seats from the 2015 vote.

“It would be stratospherically higher than even Conservative optimists had predicted. It’s a very, very, very satisfactory result — if that is the true result,” said John Bercow, a former Conservative lawmaker who is Jewish and who served as the previous speaker of the House of Commons, the lower house of the British parliament.

Johnson called the election earlier this year in a bid to gain support for his plan to take the United Kingdom out of the European Union with or without a negotiated trade agreement with Brussels, which economists have warned could trigger a financial crisis.