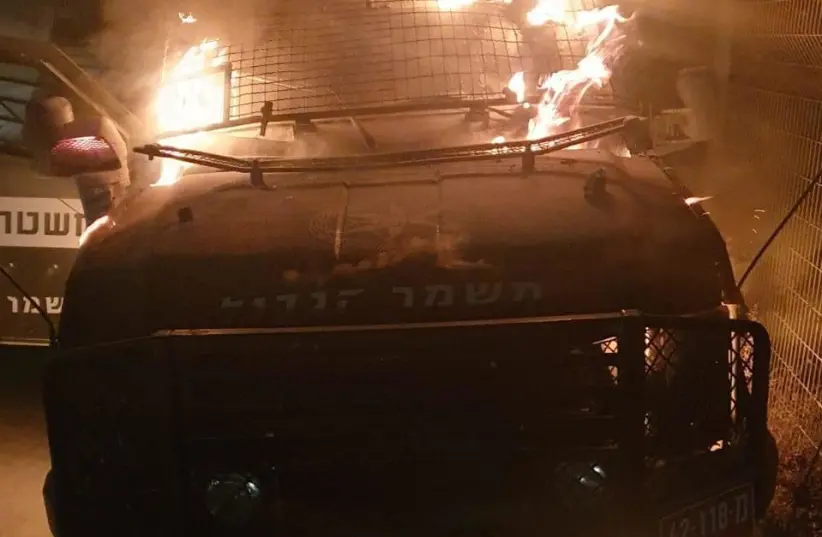 Border Police Vehicle Burnt Down by Firebombs Near Jerusalem

A Border Police vehicle burnt down after being attacked with firebombs near the Palestinian city of Abu Dis, east of Jerusalem, the Police Spokesperson’s Unit reported Friday morning.

According to police, the forces were attacked by locals during an operation near the West Bank Separation Fence. No casualties were reported by law enforcement. Border Police forces are currently searching for the attackers.

Border Police reported the officers that were in the armored vehicle acted swiftly, recovering the essential equipment from the burning vehicle and securing the area prior to the arrival of emergency services.