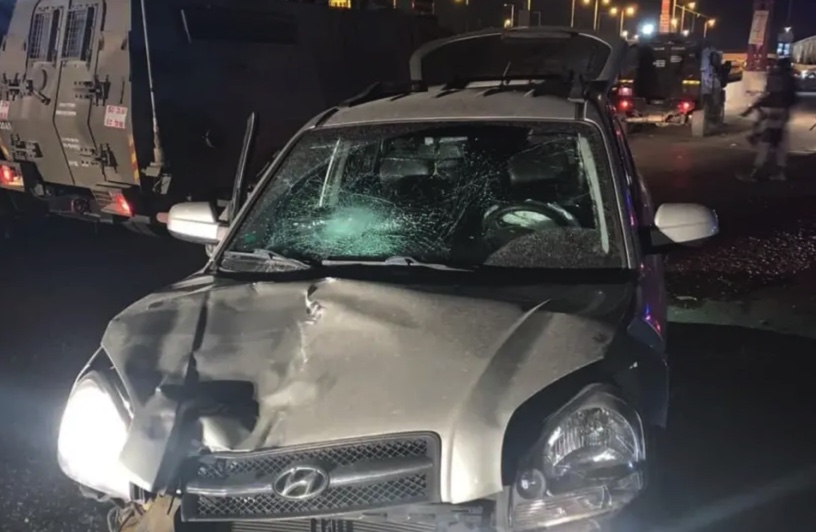 A Border Police officer was seriously injured in a ramming attack on Wednesday night in Kalandiya north of Jerusalem, according to Israel Police.
The officer was taking part in operations to evacuate illegal structures in the village when a terrorist drove at a high speed towards the Israeli forces and struck the officer.
Border Police fired towards the vehicle and arrested the terrorist, a 22-year-old resident of Kalkilya, after he hit a wall. After initial questioning, the suspect was transferred for questioning by the Shin Bet (Israel Security Agency). His condition is unclear.
The injured Border Police officer was transferred in moderate and stable condition, with injuries to his head and abdomen, to Sha’are Zedek Medical Center for treatment while conscious, according to Magen David Adom. The hospital updated on Thursday morning that the officer was in serious but stable condition.
Read More: The Jerusalem Post