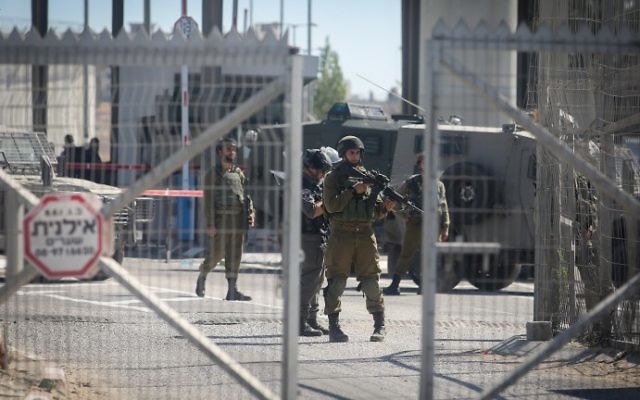 Police said the driver came from the direction of Jerusalem and managed to flee the scene after hitting the border cop.

The Magen David Adom emergency service said the victim, in his early 20s, suffered injuries to his head and limbs. He was taken to Jerusalem’s Shaare Zedek Medical Center for further treatment.

The incident comes at a period of heightened tensions. On Wednesday, a Palestinian died after being seriously injured by Israeli fire in overnight clashes in the West Bank. The Palestinian Authority’s health ministry said the victim, 17-year-old Sajed Mazhar, had been a medic.

Three others were injured by live fire in the Dheisheh refugee camp near Bethlehem — one in the hand, another in the shoulder and a third in the thigh — according to the health ministry.

On Monday a 7-year-old Israeli boy was lightly injured when shots were fired at the central West Bank settlement of Beit El from a nearby Palestinian village, the IDF said.