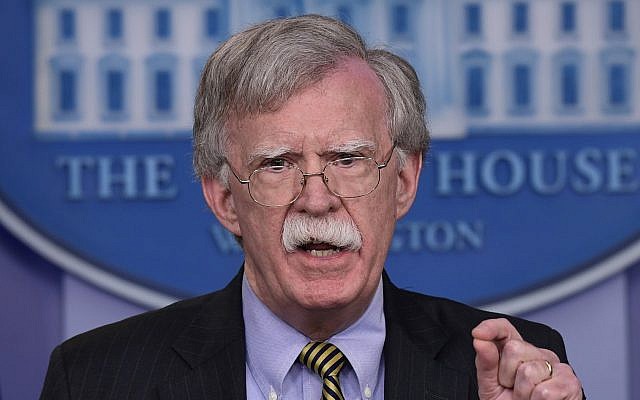 In a tweet, Bolton called on the Iranian-backed Lebanese terror group to stop digging tunnels into Israel and refrain from responding to the operation.

He also called on Iran and “all of its agents” to cease “provocations” that threaten the Jewish state’s security.

“Anyone who tries to harm the State of Israel will pay a heavy price,” he said in a statement, his first public comment on the operation, dubbed Northern Shield.

Netanyahu, who also serves as defense minister and foreign minister, returned to Israel from Brussels early on Tuesday, after a snap meeting with US Secretary of State Mike Pompeo, during which the two discussed the operation.