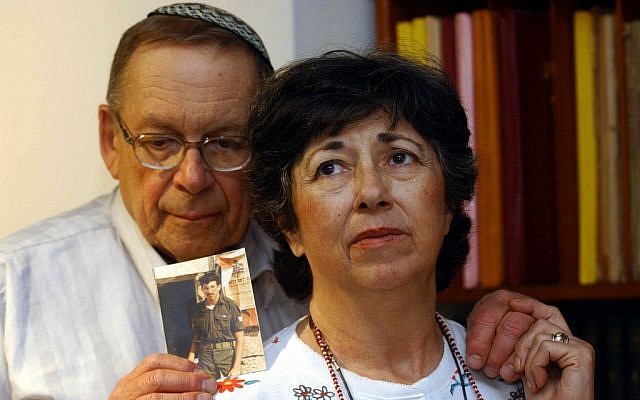 The remains of an Israeli soldier believed killed in a 1982 battle with Syrian forces in Lebanon were returned to Israel this week, the military said Wednesday, ending a 37-year search.

“His body is in Israel. The body has been identified. It has been verified,” IDF spokesperson Lt. Col. Jonathan Conricus told reporters on Wednesday.

Baumel’s remains were returned to Israel “on an El Al plane” via a third country earlier this week, the spokesman said, refusing to specify the nation.

The third country involved in the operation appeared to be Russia, which said in September that it had helped Israel search for the remains of missing soldiers in Syria. Israeli officials declined to comment.

The announcement brought to a close a decades-long mission by Baumel’s parents to find their son, which included international pressure campaigns and faint hopes that he may have been captured alive during the brutal tank battle.

Baumel, a Brooklyn-born American immigrant, was one of three Israeli soldiers whose bodies were never recovered following the battle of Sultan Yacoub, a skirmish between the Israel Defense Forces and Syrian army in Lebanon’s Bekaa valley in which 21 Israeli servicemen were killed.