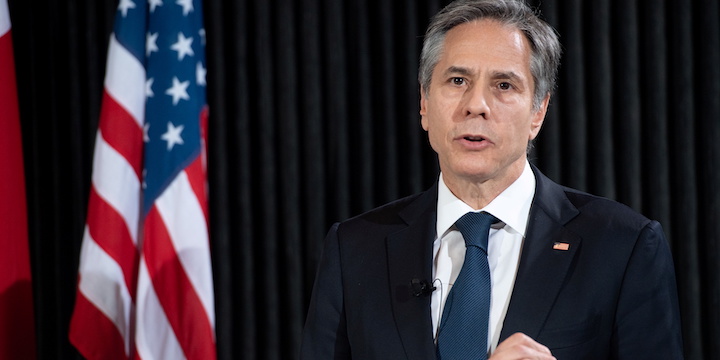 US Secretary of State Antony Blinken on Tuesday voiced outrage and promised renewed efforts to combat antisemitism after a swastika was found etched in an elevator at the State Department.

Officials said they had launched an investigation into how the symbol of Nazi Germany was scraped into the wood paneling of an elevator in the Harry S. Truman Building, the secure headquarters of American diplomacy in central Washington.

Blinken, who is on a visit to India, sent a message to State Department employees to call the graffiti discovered late Monday “completely abhorrent.”

“It’s a painful reminder that antisemitism isn’t a relic of the past; it’s still a force that we’re dealing with in the world and unfortunately we’re dealing with it close to home,” State Department deputy spokeswoman Jalina Porter said as she quoted Blinken’s message.