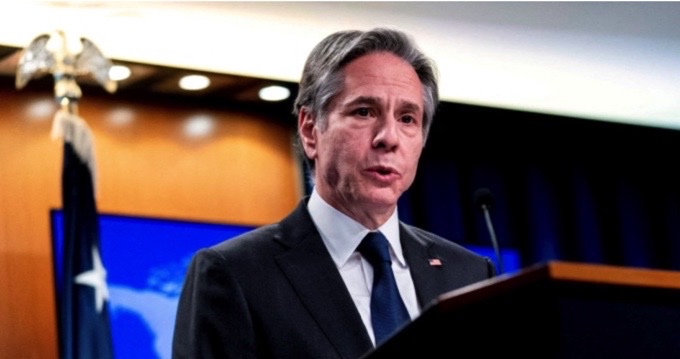 US Secretary of State Antony Blinken said Thursday that Iran’s decision to remove nuclear monitoring equipment after the International Atomic Energy Agency (IAEA) passed a resolution critical of the country could lead to “deepening nuclear crisis and further economic and political isolation.”

Blinken’s comments come after Iran this week began removing cameras and other technical equipment at its enrichment facilities which were installed by the IAEA as part of the 2015 Iran nuclear deal.

Blinken further warned Iran to table any “additional demands” which he said were not relevant to the Iran deal.

“Unfortunately, Iran’s initial response to the Board’s action has not been to address the lack of cooperation and transparency that prompted a negative report from the IAEA Director General and such strong concern in the Board, but instead to threaten further nuclear provocations and further reductions of transparency, “he said. “Such steps would be counterproductive and would further complicate our efforts to return to full implementation of the JCPOA.”