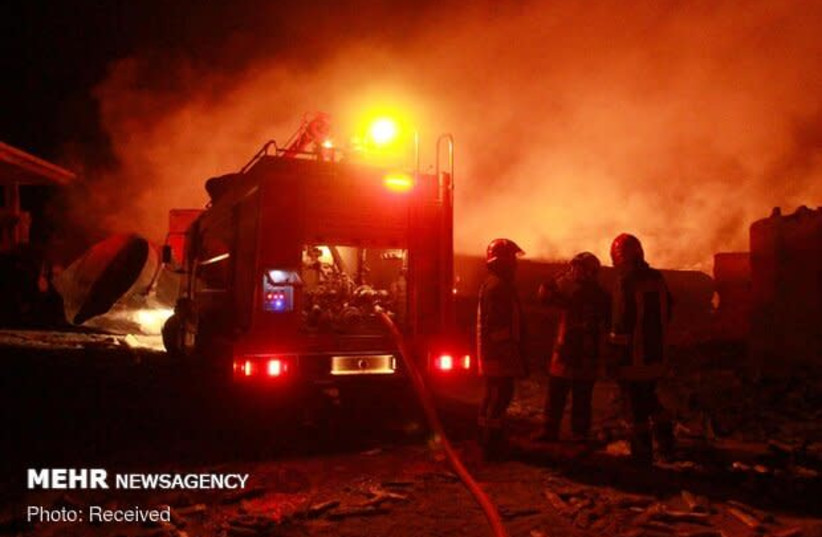 Nine people were injured in an explosion at the Sepahan Nargostar chemical and fireworks factory in the city of Shahin Shahr in Iran’s Isfahan Province on Saturday night, Iranian media reported Sunday. The cause of the blast was said to be under investigation.

The factory is a producer of industrial and commercial explosive materials and is under the supervision of the National Security Council, according to IRNA (Islamic Republic News Agency), the official government-controlled news agency. The company produces various types of fireworks and gunpowder, as well as nitrate, sodium, potassium, strontium, calcium, copper and barium, the report said.

Iranian media only reported about the incident late Sunday morning. But social-media users already were reporting about it overnight. They had seen and heard a large explosion that shook their windows and felt a shock wave, they said.

It was unclear why Iranian media waited hours until reporting the incident.

The Iran Aircraft Manufacturing Industrial Company (HESA), which produces a variety of aircraft for Iranian and pro-Iranian forces, is located in Shahin Shahr, sparking speculation on social media that the explosion was related to it.