Blamed for bringing virus to Lebanon, Hezbollah now trying to stop its spread 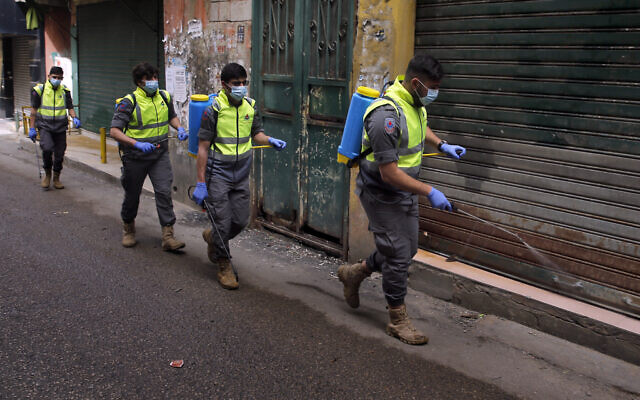 In the streets of Beirut’s southern suburbs, Hezbollah paramedics and volunteers on trucks and on foot sprayed disinfectants on shops and buildings. At a hospital where it once treated its wounded fighters, the group’s medical staff set up beds for a center to deal with coronavirus patients.

Hezbollah says it is turning the organizational might it once deployed to fight Israel or in the civil war in neighboring Syria to battle the spread of the virus pandemic in Lebanon.

It wants to send a clear message to its supporters in Lebanon’s Shiite community that it is a force to rely on in a crisis. The Iranian-backed terror group and political powerhouse is under pressure to send that message after a series of blows to its prestige.