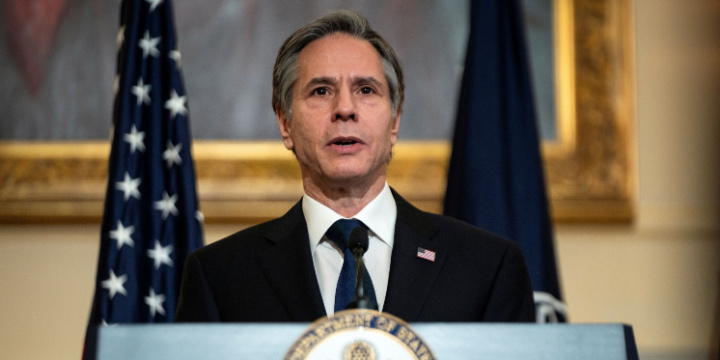 Bipartisan letter urges Biden to back ‘comprehensive’ agreement with Tehran

A bipartisan group of congressional legislators sent a letter to US Secretary of State Antony Blinken on Tuesday insisting that any agreement the Biden administration makes with Iran “must comprehensively address” the Islamic Republic’s burgeoning nuclear program, ballistic-missile program and its continued funding of terrorism.

The letter urges that “restrictions on Iran’s nuclear program must be extended until the regime conclusively demonstrates that it has no interest in a nuclear weapons program”; “diplomacy with Iran must limit not only the production of nuclear material but also ensure that Iran cannot develop a nuclear-capable ballistic missile”; and “Iran’s malign behavior throughout the Middle East must be addressed.”

“As Democrats and Republicans from across the political spectrum, we are united in preventing an Iranian nuclear weapon and addressing the wide range of illicit Iranian behavior,” the letter said in closing.

Signed by 70 Democrats and 70 Republicans, it was spearheaded by Reps. Anthony Brown (D-Md.) and Michael Waltz (R-Fla.).

Waltz said that “despite everything you see, there is bipartisanship going on in DC, even over something as contentious as the Iran deal. We’re thrilled to have been able to come together on a number of these points … encouraging the administration to encompass all of Iran’s malign behavior.”

Under the nuclear deal set in place during the Obama administration, Iran agreed to restrictions on its nuclear program and to international inspections in exchange for economic sanctions relief from the United States, the United Kingdom, France, Germany, China and Russia. Former President Donald Trump withdrew from the nuclear deal in May 2018, reimposing US sanctions on Iran and enacting new ones.