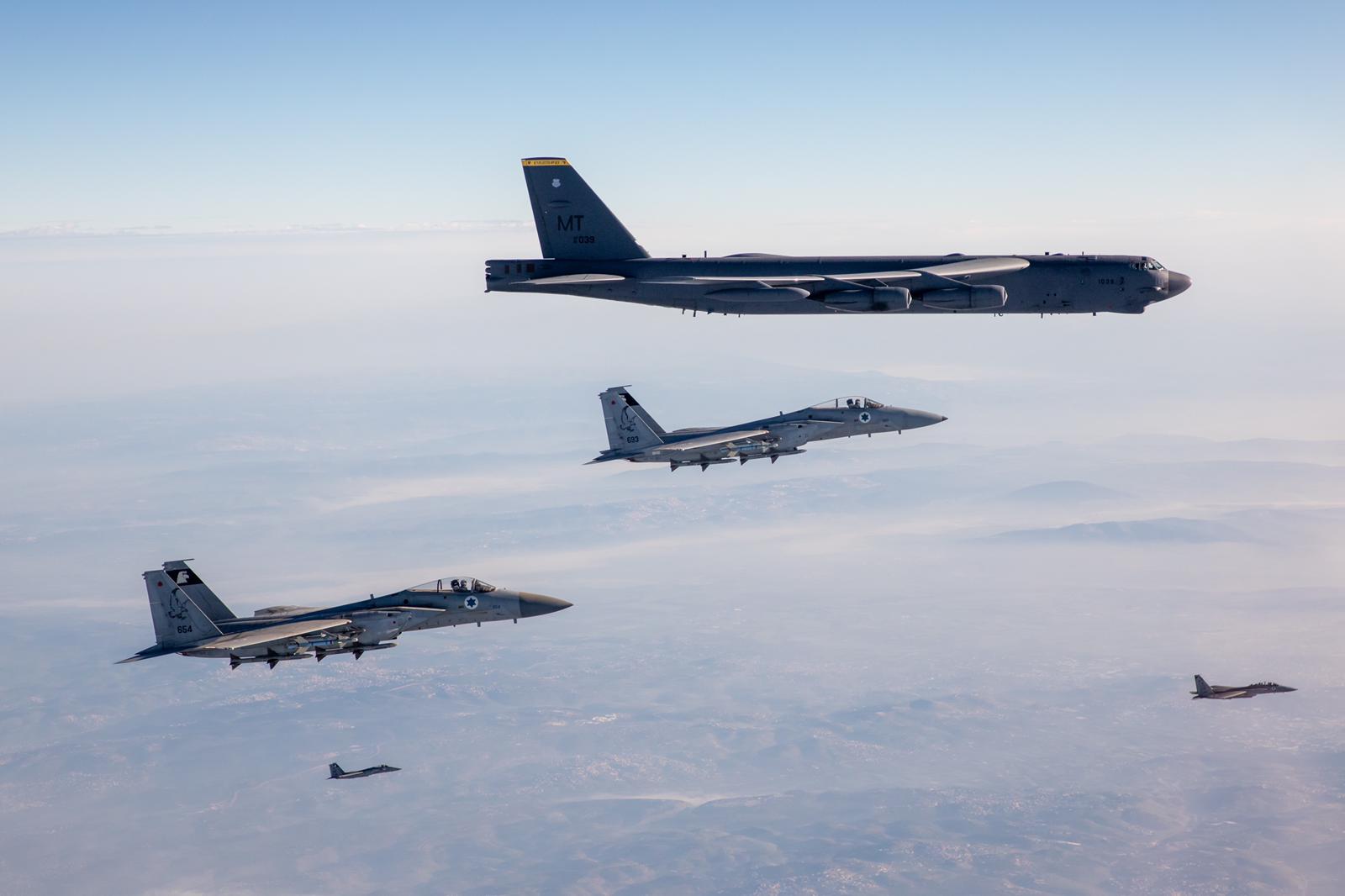 In a clear signal to Iran, a United States Air Force B-52H “Stratofortress” bomber flew over the Persian Gulf, before the plane was spotted in Israeli airspace heading back to its base in the US. It was escorted by Israeli Air Force F-15s as it passed over Israel.

It was the seventh mission into CENTCOM’s area of operation in the last four months and the second deployment of the heavy bomber since Joe Biden became president on January 20.

The US has been trying to get the Iranians to return to the negotiating table to discuss its illicit nuclear program and in the meantime has dispatched the B-52 heavy bombers and recently attacked Iranian militia targets in Syria.

“We have them [the attack plans] in our hands, but we will continue [to] constantly improve them,” Gantz said.