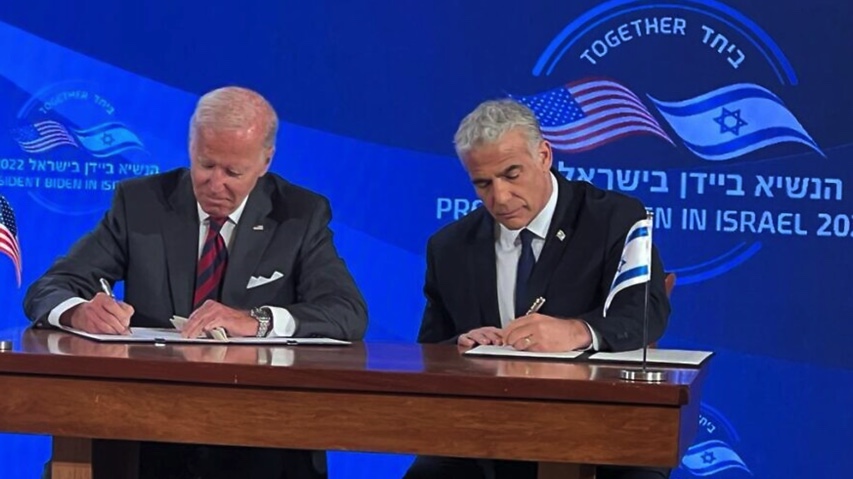 U.S. President Joe Biden and Israeli Prime Minister Yair Lapid signed an agreement on Thursday to prevent Iran from developing a nuclear weapon and reaffirm the U.S. commitment to expanding and supporting peace among Israel and its moderate Arab neighbors.

The “Jerusalem U.S.-Israel Strategic Partnership Joint Declaration” states that America pledges “never to allow Iran to acquire a nuclear weapon and that it is prepared to use all elements of its national power to ensure that outcome.”

The agreement also affirms the United States’ commitment to “work together with other partners to confront Iran’s aggression and destabilizing activities, whether advanced directly or through proxies and terrorist organizations such as Hezbollah, Hamas, and Palestinian Islamic Jihad.”

The two leaders signed the agreement during a press briefing at the Waldorf Astoria hotel in Jerusalem on the second day of Biden’s visit to the Middle East.