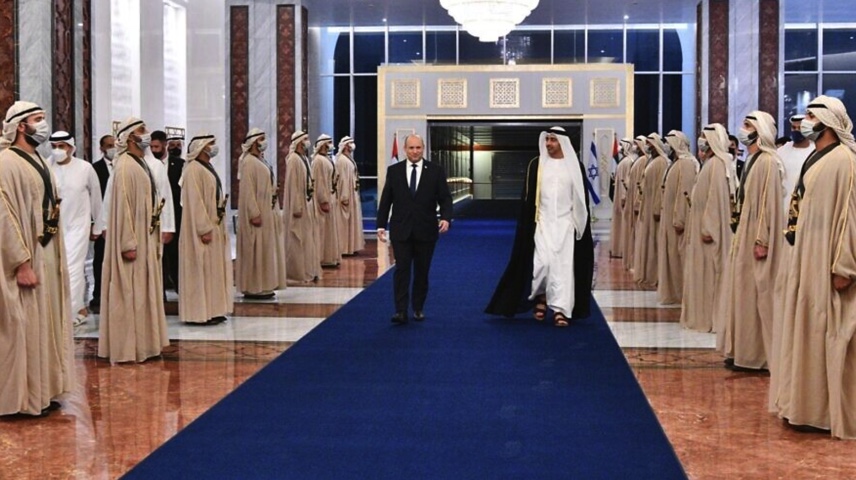 Israeli Prime Minister Naftali Bennett met Crown Prince Sheikh Mohammed bin Zayed at his private palace in Abu Dhabi on Monday in the first official visit by an Israeli premier to the United Arab Emirates. The growing economic ties between their two countries were on the official agenda, though analysts tell JNS that behind the scenes the key topic of Iran was likely front and center.

The optics couldn’t have been better for Bennett. Upon arrival on Sunday, he was greeted by an honor guard and UAE Foreign Minister Abdullah bin Zayed Al Nahyan. Israeli and Emirati flags stood in long rows on either side. Bennett called it a splendid welcome.

Speaking of the Abraham Accords—the normalization agreement signed between Israel and several Muslim countries, the first of which was the UAE—Bennett told the Emirates News Agency (WAM) that they established a “new, deep and solid structure for diplomatic, economic and cultural relations.”

Bennett’s meetings on Monday centered on economy and trade. He met separately with the UAE’s minister of industry and advanced technology, its minister of transportation, and the managing director and CEO of the Mubadala Investment Company.